The State of Fraud: U.S. States With the Highest Fraud Risk 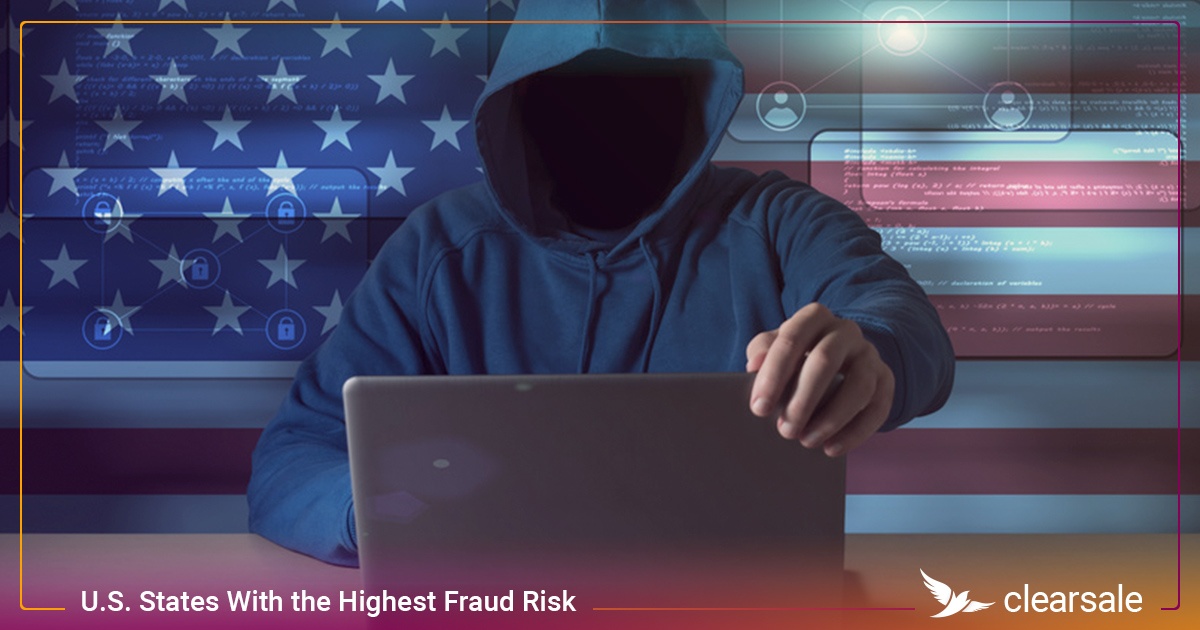 While many e-commerce retailers worry that international expansion will increase their fraud risk exposure and cut into profits, they may not realize the threat in their own backyards. Not only is e-commerce fraud alive and well in the United States, it’s flourishing: 15.4 million consumers were victims of identity theft or fraud in 2016.

No retailer — from small mom-and-pop shops to e-commerce giants like Target — is immune to the fraudulent acts of cybercriminals. And despite a merchant’s best efforts, some consumers are more vulnerable to fraud and identity theft simply because of the county or state in which they live.

The 10 Most At-Risk States for Identity Theft

According to WalletHub’s research, Americans’ vulnerability to identity theft depends greatly on the state in which they live. In 2017, the 10 riskiest states for identity theft (based on complaints and actual losses) were:

The 10 Most Fraud-Prone States

The states that were most at risk for identity theft weren’t necessarily those that were vulnerable to fraud. WalletHub found these states led the nation in fraud, based on fraud complaints, reported losses and arrests made for fraud:

What Puts Cities and States at Risk?

When considering the regional risk of identity theft and fraud, merchants should be mindful of these factors:

More credit cards in use mean an increased risk of fraud. So it’s no surprise that fraud rates tend to be higher in bigger cities and high-density states, like Washington, D.C.; California; and New York. In fact, California ranked in the top five for identity theft complaints and loss amount due to identity theft, while Texas ranked in the top five for fraud complaints per capita and an associated loss amount due to fraud.

Fraudsters do business in the unlikeliest of places. Experian’s 2016 research discovered that the single riskiest ZIP code in the United States for shipping fraud (where stolen merchandise is sent) was Eudora, Kan. Why is a Midwestern town with a population of just over 6,000 such a hotbed for fraud? One theory suggests the high number of college students living in town are lax about securing personal information, making them perfect targets for fraudsters.

At the other end of the age spectrum, Experian’s research revealed that Florida was the most at-risk for fraud based on billing addresses; in fact, 19 of the top 100 fraud-prone ZIP codes were located just within the Miami-Ft. Lauderdale area. Age may be a big factor for this statistic: Fraudsters often target senior citizens, and Florida has the highest concentration of individuals older than 65.

Many of Experian’s 100 riskiest ZIP codes were near large seaports and international airports — ideal locations for fraudsters to easily move stolen merchandise out of the country. Florida, California and New York led this list, with the three states accounting for 52% of e-commerce shipping fraud and 44% of e-commerce billing fraud (where credit card credentials were stolen and data was used without authorization). Houston’s 77306 ZIP code held the top spot for e-commerce billing fraud in 2016 — also likely due to the city’s easy access to the coast and airports.

To be successful, merchants must know their customers. Not just what they like to buy, but also who they are and where they live. If merchants discover their customer base lives in high-risk states, they must take the steps necessary to protect customers and themselves from the damaging effects of identity theft and fraud.

There are several things merchants can do to help customers increase the security of e-commerce transactions:

Customers, when left to their own devices, don’t always set unique, secure passwords that can protect them from hackers. Help them take security seriously by requiring passwords that use a combination of numbers, upper- and lowercase letters, and special characters.

Most credit card issuers let cardholders receive text messages or emails when transactions above a specific dollar amount are processed, an online order is placed or customer data is changed. Encourage customers to sign up for these notifications so they will know immediately if there’s any unauthorized credit card activity and can prevent a fraudster from doing additional financial damage.

Periodically ask customers to review and confirm personal data stored in their accounts, like email addresses, phone numbers and street addresses. Ask customers to consent to receiving notifications if any changes are made to this information.

Fraudsters often create and send purchase confirmations or emails to a customer that look like they’re from a legitimate company. It’s easy for unsuspecting customers to be tricked into clicking on a link that takes them to a fraudulent website (a tactic called “phishing”). Advise customers to be wary of any email that asks for passwords or account information; most companies won’t ask for information this way.

Despite the size of the United States, fraud has a tendency to concentrate in certain geographic areas, like states with seaport access or large metropolitan cities. Merchants who are aware of these trends and patterns — and understand their customer demographics — are better-prepared to protect both themselves and their customers from adding to the growing fraud statistics.

But even armed with statistics and trends, merchants know that fighting fraudsters isn’t simple. So they’re increasingly turning to a proven ally in the fight against cybercrime: a robust fraud protection solution that defends customers against identity theft and retailers against expensive chargebacks and fraud attacks.

Contact a ClearSale analyst today to learn how implementing the right combination of technology and human analysis can help merchants grow their business, protect customers and stay one step ahead of fraudsters.