2016’s Biggest Data Breaches — and The Implications for Merchants 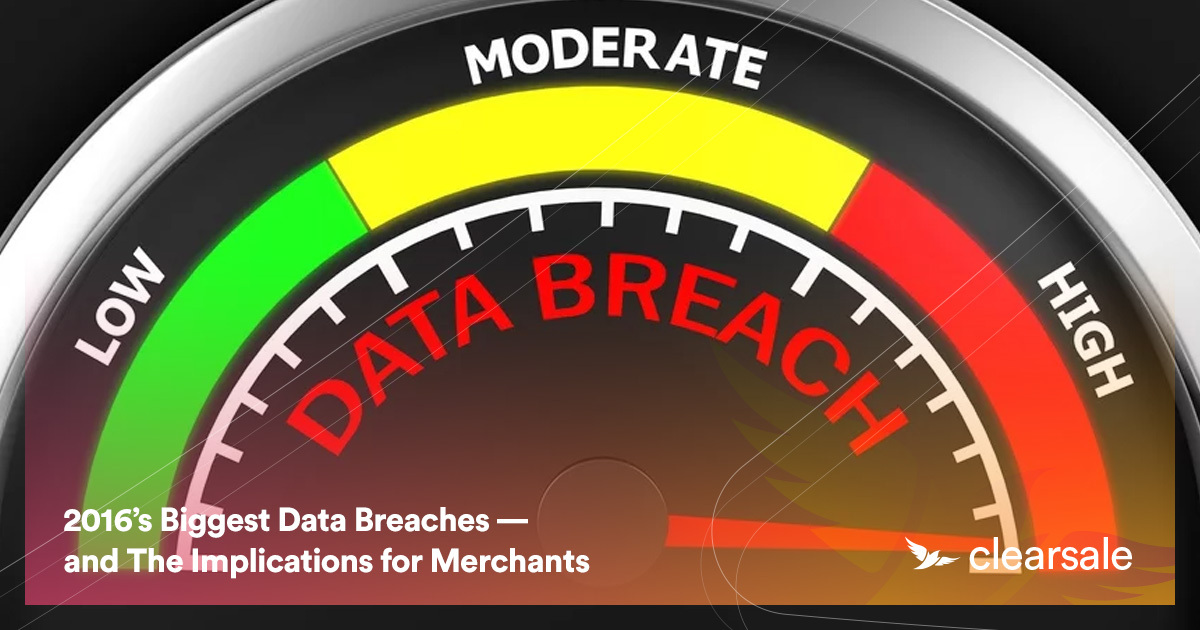 2016 was a big year for hackers. The Identity Theft Resource Center identified 980 breaches, exposing billions of sensitive records to theft. Here are some of the year’s biggest data theft stories – as well as insights into how all of this impacts e-commerce websites.

What Were the Biggest Data Breaches of 2016?

No consumer’s data is safe; this was especially clear in 2016. As fraud continues to increase, even the largest companies fell victim to hacking.

With an estimated 1.9 million records compromised every day — and each record costing companies an average of $221 — the risk is serious and pervasive.

How Can Consumers Protect Themselves?

When consumers learn their data has been compromised, they’re likely to feel vulnerable. There are several steps they can take to protect themselves against the misuse of personal data.

What Does This Mean for Merchants?

With 2016’s increase in breaches comes an increased volume of compromised data available for sale on the dark web. No longer can e-commerce businesses take transactions at face value. Customers aren’t always who they say they are. Merchants must efficiently — and effectively — protect their businesses by verifying every online customer’s identity.

Screening every transaction is a good place to start. This allows merchants to:

To take fraud protection a step further, a multi-layered solution that integrates advanced technology, statistical intelligence and sophisticated human analysis arms merchants with a comprehensive set of tools to stop fraud from taking hold in the first place.

Moreover, a strong fraud protection solution sends an equally strong signal of trust to consumers, that the merchant is not willing to let criminals get away with using their stolen information. This peace of mind can go a long way toward building confidence and loyalty for consumers.

One thing is clear: Despite increased security and awareness, the data breach forecast for 2017 is daunting.

The best approach for merchants? Learn from the mistakes of 2016 and keep on top of developing threats. Hackers are determined to get the information they want, so make it impossible for them to use stolen credentials on your e-commerce site.

We can help. Contact Clearsale today, and learn how our total guaranteed protection plan can help protect your business and create a secure and profitable online sales environment.