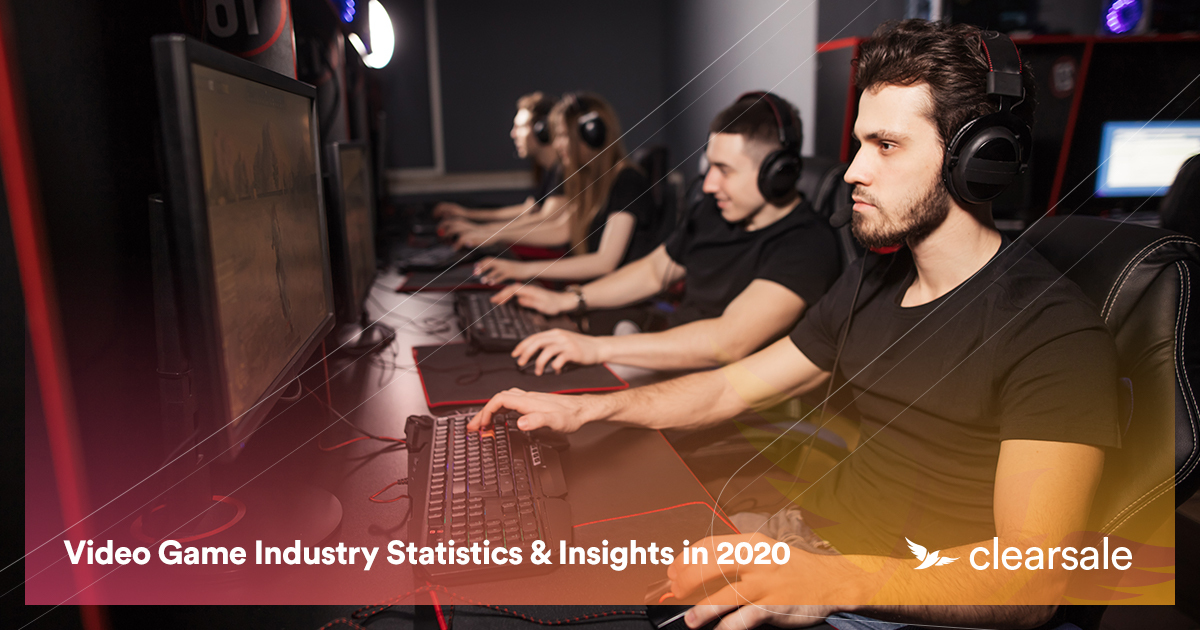 Video games have come a long way since people were playing Pong on their Atari consoles. But one thing is clear: The video game industry has captured the attention of people worldwide, especially as graphics, consoles and access continue to improve. More and more players are getting hooked on the fun, with the number of gamers worldwide projected to rise from 1.82 billion in 2014 to 2.7 billion by 2021.

And where there are gamers, there’s big money: The industry had revenues of $138 billion in 2018.

Whether you’re looking to expand into video games in the coming years or are simply interested in capitalizing on the industry’s predicted growth, here’s everything you need to know about this high-performing market.

The Top Regions for Gaming

There are an estimated 2.5 billion gamers worldwide fueling the video game market, and they spent an estimated $152 billion on their games just in 2019 — a year-over-year increase of 9.6%.

According to Newzoo’s “Global Games Market Report 2019 | Light Version,” the Asia-Pacific gaming market accounted for 47% of global game revenues in 2019, equaling $72.2 billion — more than double the revenues in the North America region. With more than 1.2 billion gamers in Asia-Pacific in 2018 alone, it’s clear this region is a dominating force.

But when it comes to the top gaming country in terms of revenue, the United States took the top spot in 2019 for the first time since 2015, boasting $36.9 billion and driven by console game revenue growth. Consumers here spent more than $5 billion on gaming hardware in 2018, with action and shooting games the category leaders. It’s becoming an activity the whole family can enjoy. Gamers made up 66% of the U.S. population in 2018, up from 58% in 2013, and are nearly equally split between male and female. More than 60% of U.S. gamers play daily, and nearly 70% of parents believe gaming can positively influence their children.

New platforms — the combination of computer hardware components that’s required for video game software to operate — are emerging as technology improves. While video games started out on consoles connected to TVs, they’ve expanded onto multiple other platforms. Here are some of the most popular ways video games are being delivered today.

Thanks to the increasing popularity of mobile gaming, the PC gaming market is expected to continue to shrink over the next two years, building on a revenue decrease of 15.1% in 2019. But even as a smaller market, it remains a gaming mainstay, with almost all of the most popular genres tracing their origins to PC roots.

Mobile gaming remained the largest segment in 2019, and its growth is poised to outpace that of both PCs and consoles over the next few years.

An estimated 45% of 2019’s gaming revenue was generated by smartphone games like Candy Crush and Pokemon GO totaling an impressive $68.5 billion. The majority (80%) comes from smartphone games, with tablet games accounting for the balance.

Facebook, the world’s biggest social media platform, is also getting into gaming. Their Instant Games platform, first beta-tested in 2016, is now home to more than 7,000 titles and growing. The company’s gaming system is platform-agnostic and can be run on any system that can run the Facebook or Messenger apps. Users launch games directly from Facebook or Messenger, seamlessly integrating games into normal conversations and social activities.

The cloud has the potential to completely change the face of gaming. Instead of needing specific physical hardware to play a game, customers will be able to play cloud-based games on any device, anywhere. This platform-agnostic flexibility is expected to drive both demand from gamers as well as new games from developers.

Everything old is new again in the games market, and games as old as those released in the 80s making a resurgence in popularity as companies rerelease and remake vintage content. Fabio Munhoz, Founder and Strategist for Epic Digital and Digital Strategist for ClearSale, is living proof. “I’ve been playing video games since I was 5 or 6 years old,” he said, “and it brings me a lot of good memories. A lot of other gamers also like the nostalgia, so there’s a big market for classic games played in the 90s.”

Porting older titles to new consoles is commonplace, and it’s a win-win situation for gamers and makers: Makers can monetize old games without the time and expense of creating new games from scratch, and gamers enjoy old titles with updated graphics for new consoles.

Turning Gaming Into a Lucrative Career

With the skyrocketing popularity (and availability) of gaming, it’s no surprise that some are turning it into a lucrative career. The global esports market — including sponsorships, merchandise and ticket sales — was projected to top $1.1 billion in 2019, up $230 million from 2018. Although 2020 is projected to see slow market growth, that’s primarily due to COVID-19 economic slowdowns. Current projections see the market growing to $2.11 billion by 2023.

More than 450 million people tuned in throughout 2019 to watch top gamers compete for their share of big money. As a result, some gamers are as popular (and wealthy) as some of the most well-known stars of traditional sports. Esports and gaming are now established programs of study in more than 60 U.S. universities alone, teaching students industry-related marketing and management skills and enticing top recruits with scholarships.

As gaming increases in popularity, e-commerce merchants might be eager to share in the revenues. But selling expensive consoles and virtual downloads might put merchants at an increased risk of fraud and chargebacks. Luan Da Silva, supervisor of operations at ClearSale and gaming enthusiast, can see exactly how this happens. “Every time there’s a sale online,” he said, “like someone selling virtual clothes or swords in games for real money — there’s the potential for fraud. It’s not uncommon for someone to pay for an item and to not get what they paid for.”

If you’re not sure if your fraud prevention solution is doing the job, just contact us. We’d be happy to show you how our hybrid approach can help you stop leaving money on the table and start capturing the value of gray-area transactions. But once home, they took a good look around and decided to spruce things up a little: Home goods (like furniture,.. 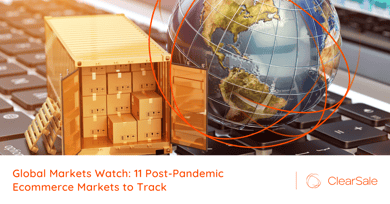 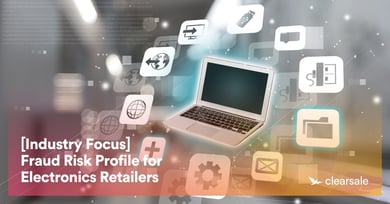 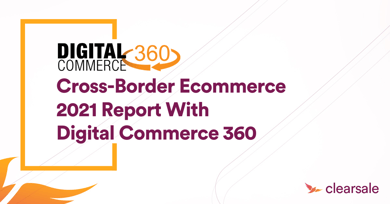 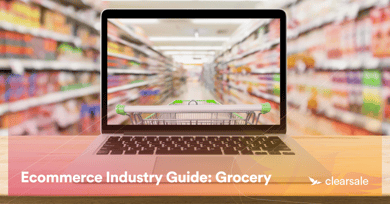 For a long time, grocery shopping hadn’t evolved much.

Online grocery ordering came on the scene in the early 2000s but was still mostly the province of early adopters. In a 2019 survey, 36.8% of.. 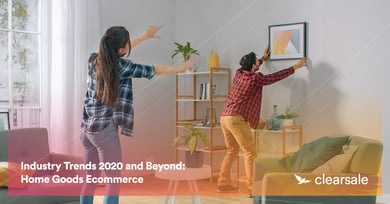 Most of us are home a little – or a lot – more nowadays. As a result, home goods merchants have found themselves in the midst of a major industry shift, with more and more consumers turning to.. 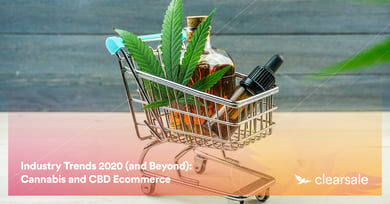 Industry Trends 2020 (and Beyond): Cannabis and CBD Ecommerce

As more U.S. states legalize marijuana, cannabis and CBD retailers are taking advantage of expanded opportunities to reach new customers, including the creation of online dispensaries. 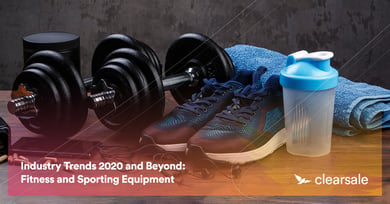 Industry Trends 2020 and Beyond: Fitness and Sporting Equipment

The COVID-19 pandemic has given sporting goods and fitness ecommerce a significant boost. With more people working from home than ever before and potentially staying in some sort of remote working..