As UK Stores Target a Global Audience, Here’s What You Need to Know About Security

The sharp rise of eCommerce has eliminated shopping borders and it's not unusual for hackers to target stores not in their local country to avoid outing themselves. 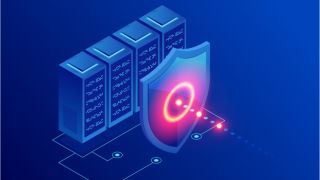 The lockdown orders that came into effect in March and then in November forced shoppers out of physical stores. Many were unable to frequent their favorite knickknack store or the independent retailer just up the road - at least, they were unable to if the store didn’t have an online component.

Local stores suddenly found themselves in a scramble to get online, or else lose their customers to retailers that already offered that option. While those that set up an online store quickly were able to recapture and retain their loyal locals, they also stumbled across another benefit - the ability to reach loyal non-locals.

It was a testing time for brick-and-mortar stores, and one that came with the realization that it’s not always best to keep on keeping on.

The sharp rise of ecommerce has eliminated shopping borders

Retailers found they were no longer limited to local shoppers. In fact, they had the whole world at their fingertips. The closing of physical stores led to a huge swathe of global shoppers getting online (with no preference over where the shops they bought from were located).

UK stores were quick to see the potential. 15 percent of UK companies actively created roles specifically to cater to the increase in digital sales and 26 percent of industry leaders believe the pandemic has accelerated a retail revolution. On top of this, 33 percent of UK retailers have implemented website upgrades, 32 percent have incorporated new ways to take payment, and 26 percent have embraced data analytics for the first time.

To say it’s a whole new world is an understatement. These upgrades and tweaks have not only made online UK stores more enticing to the British general public, they’ve also made them a magnetic force for overseas shoppers.

New payment methods make stores more accessible to other countries, while upgrades and re-designs have put even the smallest of UK retailers in the same playing field as big, global conglomerates.

Suffice to say, there has never been a better time for UK retailers to go global.

Of course, it’s not as easy as sprucing up your website and hoping for the best. Borderless shopping comes with an element of friction - especially with the Brexit trade changes that are looming.

New tariffs and shipping delays have the potential to hinder ecommerce efforts with EU countries, but that’s not the only sticking point UK retailers will face.

According to our new report with Sapio Research, 25 percent of UK consumers believe online shopping is “somewhat” or “a lot less” safe than brick-and-mortar shopping. What’s to say that other countries don’t feel the same? Add to that the need to adhere to different rules and regulations in different markets and it all becomes a bit of a headache.

This is where having a secure ecommerce platform comes into play. Not only does it give shoppers peace of mind when they land on your site - regardless of where they’re shopping from - it also helps you align with local laws and tackle fraud head-on.

There are plenty of other things to think about when going global - providing the right product context, copy translations, and working with different currencies, to name a few - but nothing is quite as limiting as a lack of security.

Think about it: a shopper who uses a different currency might well spend the time converting the price of your products if they really like them, but there’s very little chance they’ll make it all the way to checkout if your site flags up security issues.

Security works the other way too. Retailers might find they’re wary of overseas shoppers before trust has been established. It’s not unusual for hackers and spammers to target stores not in their local country to avoid outing themselves.

Fraud filters use intelligent analysis to identify potentially fraudulent orders and stop them in their tracks. There are several ways these can benefit ecommerce stores - particularly those serving a global audience. They can limit the number of sales in a given timeframe, while an address verification service (AVS) works to match up shipping and billing addresses.

The majority of fraud filters also include a flagging feature that blocks transactions during designated periods and hones in on high-dollar sales that fall outside the merchant’s typical range.

Smaller ecommerces stores that don’t get a huge amount of customers might be better suited to a manual review system. This basically does what it says on the tin: requires a team to work around the clock to review each transaction.

Humans tend to be a little more nuanced at detecting fraudulent transactions as they can understand context better. During a manual review process, trained fraud experts dig into each individual transaction instead of blindly adhering to preset rules. While this can avoid writing off legitimate transactions, it can be incredibly time-consuming and resource intensive. Not to mention it can annoy customers that simply want to complete their orders and get on with their day.

Fraud filters can only do so much. They’re not particularly complex and can often end up flagging legitimate sales. Artificial intelligence and its machine learning byproduct go one step further.

This solution uses software to screen out fraud through elaborate mathematical algorithms and data. Tracking trends and patterns this way is a scalable and consistent way to scrutinize every single transaction.

However, there’s only so much machine learning can do and, despite its advanced features, it can be inflexible. It can easily overlook new types of fraud that haven’t yet been established by the algorithm’s database.

Fraud managed services combine cutting-edge automated technology (including both advanced fraud filters and machine learning) with expert manual analysis to provide the best of both worlds.

Transactions are never automatically declined. Instead, the process flags a potentially fraudulent order and passes it along to a team of experts to dig into in more detail. As well as injecting human context to each transaction, manual teams are able to pick up on new fraud trends and patterns and insert them into the complex AI algorithm.

Get secure: Global ecommerce is the future for UK stores

It’s almost mandatory now for UK stores to have an online component if they want to beat out competition and stay in the game.

It doesn’t look like ecommerce numbers are going to fall any time soon as the world adapts to a “new normal”. Incorporating an online element and ensuring your store attracts buyers from around the world means stores can continue to trade even when they are forced to close their physical doors, and they can reach a much wider audience than before.

Of course, this comes with its frustrations. Going global is a process that involves targeting nuanced markets that have their own unique wants and needs, but it also raises plenty of concerns for stores that have become comfortable with catering to a local audience only.

For many, the prospect of fraudulent transactions is daunting. However, with the latest technology and multiple solutions now available that use both advanced AI and human intelligence, it doesn’t have to be such a major concern.