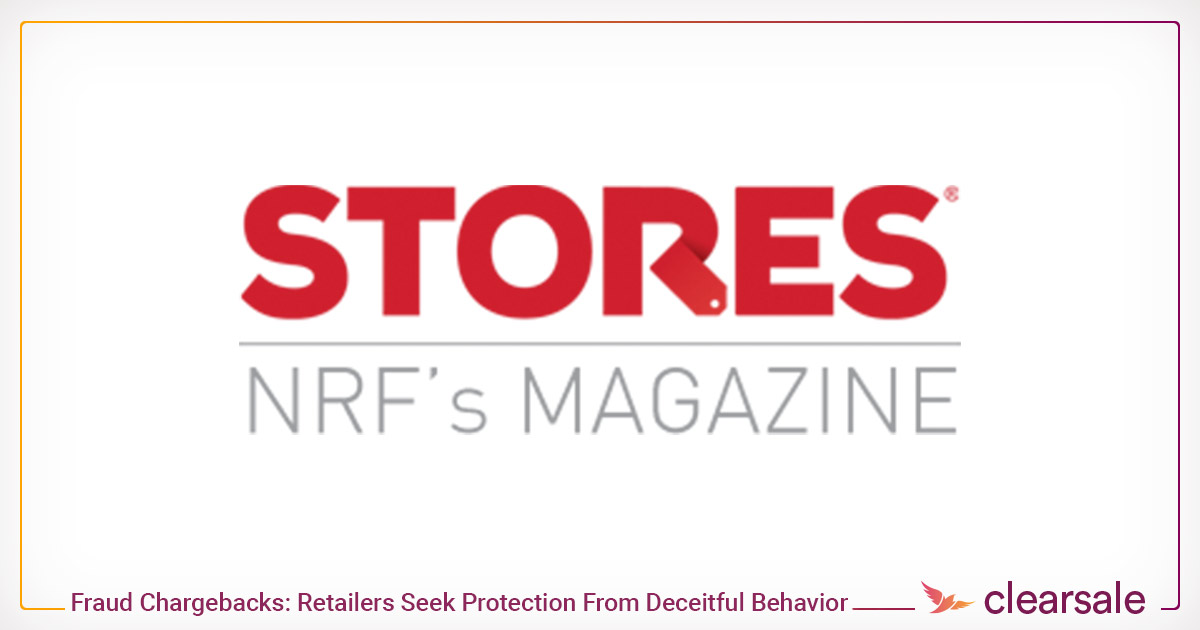 “What a terrible name!” exclaims Monica Eaton-Cardone, ticking off a list of online credit card and debit card fraud incidents. “With regular fraud, legitimate fraud, a human at a bank makes a decision” after investigating whether fraud actually took place, but with “friendly fraud” the bank simply takes the customer’s word.

She provides a hypothetical example of such an incident: “Mary orders a pair of red shoes online. She doesn’t like the color but doesn’t send them back or even contact the merchant. The bill arrives, she calls and tells [the bank that issued her card]she never got the shoes and wants a refund. The bank hears this, believes the consumer — without doing much checking to verify the story — and a chargeback goes to the merchant. Thus, the merchant has to prepare to fight the claim.

“Sometimes it can be accidental, but out of 100 … incidents, 80 percent involve an invalid” chargeback, Eaton-Cardone says.

There’s also some irony in discussing chargeback fraud, she says. “Chargebacks were designed to protect users from unfair merchant practices and identity theft, but they are increasingly being used by consumers,” she says. “Many merchants now need protection from a system originally intended to protect the cardholder.”

Steve Durney is senior vice president for market strategy at Ethoca, a chargeback management firm recently acquired by Mastercard. Durney makes a distinction between “benign” and “hostile” friendly fraud, or false claims, as they are also called.

The benign type can result “when cardholders honestly don’t realize that they or another family member made a certain card purchase, so they dispute it.” That’s in contrast to the hostile variety “when cardholders decide to dispute a transaction they knowingly made.”

The two types of friendly fraud “have created a perfect storm,” Durney says, “where merchants and issuers are dealing with an increasing number of genuine transactions that should never have been disputed.”

Durney estimates that 28 percent of all ecommerce revenue today is lost to friendly fraud. In addition, he says, friendly fraud constitutes over 30 percent of total card fraud, up from just 18 percent in 2012.

The impact varies by retail segment, he says, from about 10 percent or less for apparel retailers to as much as 90 percent for sellers of digital goods and services.

Part of the problem in grappling with friendly fraud is that retailers are often reluctant to push back when cardholders dispute transactions, especially if there is a longstanding purchase history with the consumer, Durney says.

Chargebacks911 likes to refer to friendly fraud as “cyber shoplifting” and says the theft is much harder on ecommerce retailers than on bricks-and-mortar stores. “For starters, friendly fraud happens after the fact,” Eaton-Cardone says. “There is no chance your loss prevention team will catch the perpetrator sneaking out with merchandise tucked under a coat or in a purse. Friendly fraud doesn’t manifest itself for weeks, or even months after the transactions.”

Regardless of how friendly fraud occurs, and whether it is benign or hostile, the result is a chargeback that must be disputed in order for the retailer to recover funds that would otherwise be lost.

The “collective knowledge” of the industry is “playing a part in chargeback management planning today,” Eaton-Cardone says.

That includes cutting-edge tools such as machine learning and artificial intelligence “so we can have better predictive models,” she says. “Nobody is considering doing this in-house. It is asinine to take all that risk.”

Merchants must provide “compelling evidence” in order to win a chargeback reversal. Traditional techniques include a thorough documentation of every step in the transaction, as well as providing a letter of rebuttal aimed directly at the reason the cardholder gave for triggering the chargeback. And it all must be done with urgency, since card issuers’ time limits for responding are measured in days rather than weeks or months.

Retailers are often reluctant to push back when cardholders dispute transactions, especially if there is a longstanding purchase history.

Durney hopes for a solution that would forestall a chargeback from even occurring. That would require “real-time collaboration between merchants and issuers to deflect friendly fraud before it gets to the chargeback stage,”
he says.

“Armed with detailed merchant receipts and purchase history information, issuers can present the information necessary to their cardholders whenever they are unsure of the validity of a transaction — either through digital or call center channels,” Durney says.

The credit card companies are not unaware of the hardships their rules and regulations impose on retailers, but that doesn’t mean much relief is in sight.

Last fall, Mastercard unveiled a three-phase dispute resolution initiative, with a first phase that involved tinkering with the “reason codes” consumers use when they file claims against merchants. The second phase, launched in April, includes Mastercard not sending disputes with reason codes for “no card authorization,” “cardholder dispute” or “point of interaction error.”  Instead, Mastercard will subject those claims to pre-arbitration.

Mastercard has not released details of the third phase, other than to say it will launch sometime in October.

Mastercard is taking a page from Visa’s playbook, which a year ago introduced an initiative called Visa Claims Resolution designed to streamline and simplify its process for handling charge disputes.

Visa’s suggestions for presenting “compelling evidence” in charge disputes include photographs showing the person receiving the goods is also the cardholder, proof that the merchandise was delivered and evidence that one or more undisputed payments for the merchandise or service had been made.

For online downloads, sellers must describe the downloaded good or service, the date and time it was downloaded, the online purchaser’s internet protocol address, the device identification and the purchaser’s name and email address.

“First, such programs allow for predictability of costs and better cash-flow management. The only cost the merchant sees is a fixed percentage charged on order regardless of the actual chargeback rate,” Lourenco explains. “In contrast, merchants whose [online]fraud-screening provider doesn’t offer a chargeback guarantee will see transaction fees that vary by volume plus harder-to-predict chargeback costs.”

Chargeback guarantees can also be beneficial to fast-growing retailers, those with a wide selection of inventory and price points or those that are expanding into new markets, Lourenco says.

Providers of online fraud protection generally fall into two categories: those that offer scores, rating each order for its likelihood of fraud, and those that offer decisions whether to approve or decline orders, Lourenco says.

“Companies that offer decisions sometimes guarantee that they will cover the cost of any fraudulent chargeback because the decision to approve the order was their responsibility,” Lourenco says. “Such a guarantee typically covers all fraud-related chargeback losses, regardless of payment gateway or processor.”