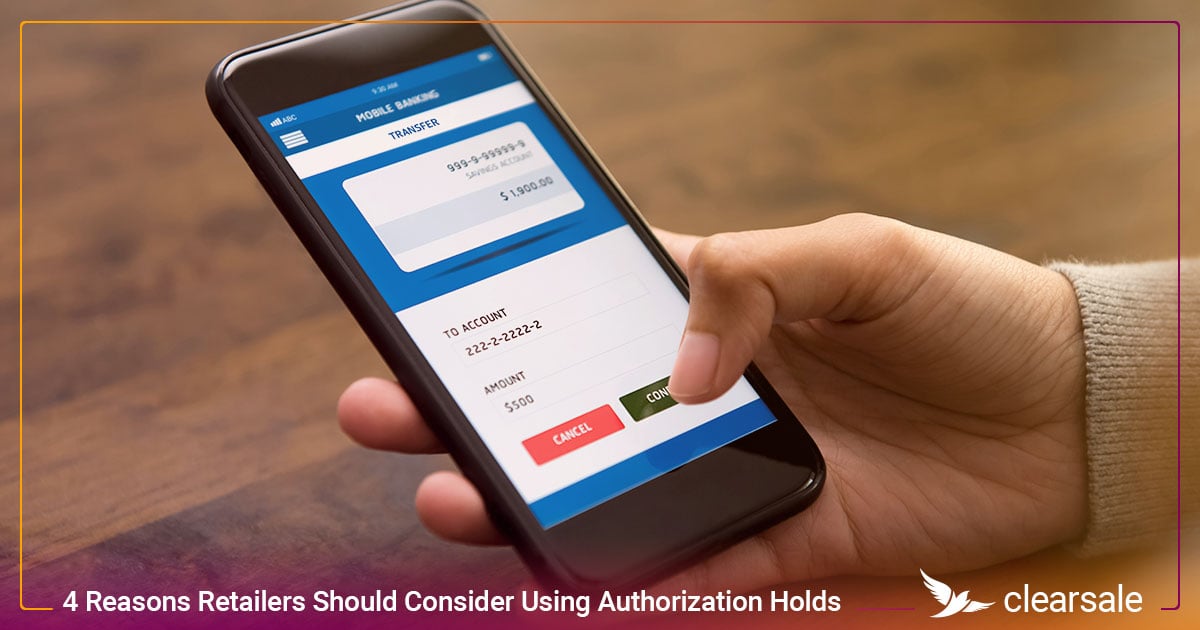 Many customers are familiar with the authorization holds that occur when getting gas or making a hotel reservation. The merchant authorizes the customer’s card at the beginning of the service for a small dollar amount, but the merchant doesn’t actually receive any funds from the transaction until the merchant submits the final charge to the processor.

These authorization holds are a smart and easy way for many e-commerce merchants to protect themselves and their business against fraud and chargebacks — and it might make sense for you, too.

What Is an Authorization Hold?

After a customer enters their payment card numbers online, several behind-the-scenes steps happen as part of the transaction approval process. Although the customer never sees the first step, authorization, it’s here that critical information is passed on by issuers to let merchants know whether the customer has sufficient funds in their bank account or on their credit card to cover the purchase amount.

This hold temporarily locks the fund for a transaction, preventing the cardholder from accessing the funds and spending them elsewhere, and it guarantees the merchant will get paid.

Although the funds available to the customer are reduced during an authorization hold, the funds won’t actually transfer from the cardholder’s to the merchant’s account until the merchant clears the transaction.

Why Merchants Use Authorization Holds

While authorization holds are popular with hotels, gas stations and rental car companies, here are four reasons other merchants might benefit from implementing them as well:

Sometimes, e-commerce merchants face long backorders on popular items — and that may mean needing to issue refunds to frustrated customers who are tired of waiting for their order to ship. But if a merchant simply places an authorization hold for the purchase amount, they won’t have to go through the lengthy refund process if a customer cancels an order. Merchants will just need to release the hold, freeing the purchase amount in the customer’s account.

Through authorization holds, merchants can avoid the costly fees the bank, credit card issuer and processor might assess for chargebacks, disputes and refunds.

For merchants, letting customers know that their cards won’t be charged until their order is shipped can help instill goodwill and trust while also minimizing a merchant’s risk. Merchants must be mindful not to let authorization holds drag on, however, as waiting too long to complete a transaction can lead to frustrated customers.

A merchant doesn’t receive any funds during an authorization hold, which means the transaction hasn’t yet been completed. And that means that customers don’t have a transaction they can dispute and escalate to a costly chargeback.

But while authorization holds can be useful in minimizing chargebacks, they’re not the only tool a merchant should have in their arsenal for avoiding disputes. Merchants should also be implementing an approach that combines robust artificial intelligence and experienced human analysis to keep pace with evolving fraud techniques.

If you’re interested in learning how to limit your chargeback exposure and safeguard your business, contact the experts at ClearSale. We’ll show you how seriously we take fraud protection and help develop a plan to defend your business.