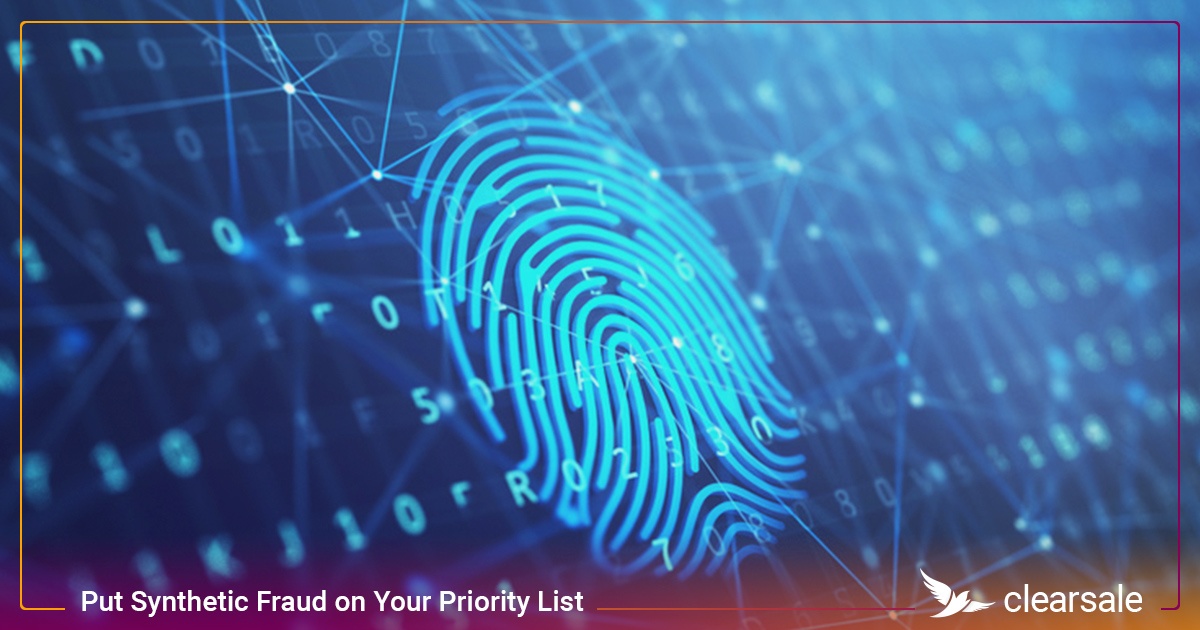 Retailers of all sizes and types have long had to worry about fraud resulting from stolen consumer data. But while fraudsters have traditionally used existing consumer identities to wage their attacks, theay’re now taking a new approach to theft: synthetic fraud.

With synthetic fraud, criminals use fictitious personal data — or a combination of real and fabricated information — to create new, synthetic identities that can be used to fraudulently obtain credit cards, take out loans, receive driver’s licenses and passports, and even purchase cars. Typically, they’ll use a real Social Security Number (SSN) or other national identifier and pair it with a name not associated with that number. Fraudsters often seek out SSNs that aren’t being actively used, such as those belonging to children or the deceased. In some cases, they may even create a phony SSN and fake identity.

Although synthetic identity fraud has resulted in a significant financial risk for many merchants (it was responsible for an estimated $6 billion in credit application losses alone last year), it doesn’t have to spell disaster for retailers. By simply recognizing the warning signs — and by having the right security solution in place — e-commerce and multichannel retailers can minimize their risk.

Why Synthetic Fraud Is So Attractive to Fraudsters

One of the reasons fraudsters are turning to synthetic identity fraud is that it’s not easy to catch right away. Child victims may not realize their information has been compromised until decades later, when they apply for a credit card or a loan. And relatives of a deceased victim may never realize that their loved one’s SSN has been stolen. But just because the victim is unaware doesn’t mean there’s not an immediate financial impact. These criminals are successfully conducting large transactions and leaving e-commerce retailers responsible for the purchases.

But easy access to data is just one of several reasons fraudsters are attracted to synthetic identity fraud:

Merchants don’t always realize that they’ve been defrauded; instead, they mistake synthetic identity fraud for delinquencies. In fact, up to 25% of transactions in collection queues may actually be instances of synthetic fraud. Merchants then waste both money and manpower to try and collect on these debts, not realizing that the fraudsters are untraceable and have already moved on.

Merchants who are the victims of synthetic identity fraud lose not only the merchandise, but shipping and handling expenses as well. And yet, that’s not enough for some fraudsters. They’ll then file a chargeback on the credit card purchase, claiming the purchases weren’t delivered or weren’t as described. Merchants get hit a second time with extensive chargeback fees, penalties and personnel time spent fighting the dispute.

As secure chip technology continues to be implemented worldwide, fraudsters have scrambled to create new methods of defrauding customers. Numerous data breaches and the increased move to e-commerce by customers have made synthetic fraud an easy and attractive option.

As the costs of synthetic fraud increase, e-commerce merchants bear much of the financial burden. The problem looks to get only worse if merchants don’t implement the proper tools and technology.

The Secret to Keeping One Step Ahead of Fraudsters

Because synthetic identity fraud so often goes unnoticed for long periods of time — or gets misidentified as outstanding debts — e-commerce merchants usually take a reactive approach to fraud prevention and identity verification. But to prevent the enormous losses that synthetic fraud can bring, merchants need a savvy solution that can identify transactions with unique red flags, such as:

It’s no wonder that billions of dollars are being lost each year to synthetic identity fraud: It’s easy, and the opportunities for payoffs are enormous. To beat fraudsters, e-commerce merchants must find a solution that can target synthetic identity, friendly and CNP fraud.

ClearSale’s multilayered solution was built to help retailers stop cybercriminals before they can launch a fraud attack. It uses a team of fraud experts and cutting-edge technology to help you make the transaction decisions that reduce fraud and increase revenue. Find out more by contacting a ClearSale credit card fraud analyst today.