Don’t take the bait from a fresh wave of COVID-19 scams as fraudsters try old and new tricks to steal your hard-earned money.

Life in lockdown has given scammers more time on their hands – and Aussie consumers are paying the price.

There has been a surge in scam reporting, prompting warnings for people to be extra-vigilant about guarding personal data – especially when online.

From hacked Spotify accounts to impersonating the World Health Organisation, a wide variety of new attacks have emerged during the pandemic, scam specialists say.

In recent weeks we have seen: Phishing attacks by scammers are on the rise. Illustration: John Tiedemann. Source:Supplied

• NBN Co warned that scammers were using people’s reliance on being connected online to mislead people into thinking their NBN service would be disconnected if they did not give a “technician” online access to their computer.

• There has even been a five-fold increase in puppy scams, where fraudsters prey on lockdown loneliness by claiming to sell puppies that don’t exist and demanding payment online and upfront.

“Attackers have effectively been using social engineering to play into the fear, concerns, and interest this pandemic has caused,” he said.

The Australian Securities and Investments Commission (ASIC) has been working with several government agencies and says all have experienced rising reports of people’s details being compromised.

ASIC’s Moneysmart.gov.au senior executive leader of financial capability, Laura Higgins, said COVID-19 had not only resulted in more people being online more often, but many were also feeling vulnerable or panicked.

“It’s more important than ever that people double check and triple check who it is they might be dealing with,” she said.

“If there’s a sense of urgency with a message – saying ‘you must decide now’ – that is a red flag, absolutely.”

Ms Higgins said there had also been a rise in cold callers offering bogus advice about investments or helping people withdraw their super.

“The scammers are very professional about it – this is their job,” she said.

“If someone’s calling to offer advice, hang up the phone and don’t engage.

“Understand that the government does not contact people to ask if they need help to manage the early release of their super.”

Online shopping is booming and is another area where customers need to be extra careful.

The ACCC says scammers have created fake online stores claiming to sell products that don’t exist. It suggests people try to detect fake traders by searching for reviews before purchasing.

Many scam shopping sites are “phishing” expeditions – where fraudsters try to steal your personal details and credit card data. 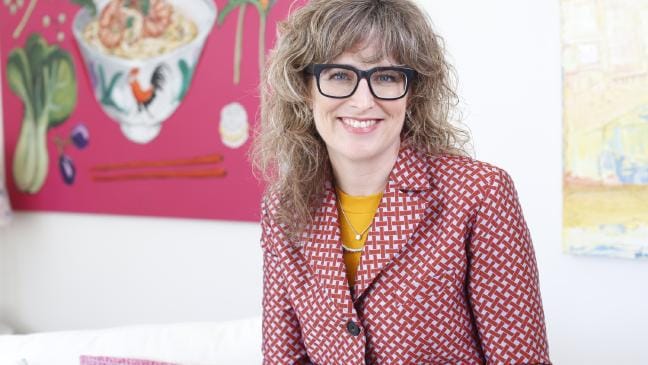 New research by ClearSale has found that Australians are unforgiving when victims of online fraud, and more than three quarters would never revisit a website where they were targeted.

“The loss of trust from a damaged reputation is potentially more harmful to a business than the monetary costs incurred from the act of fraud itself,” Mr Lourenco said.

People can verify the authenticity of all requests by calling the government department or business directly or visiting their website – and not use the link or number provided by a possible scammer.

“Verify websites are legitimate by clicking the padlock image on the left of the browser address and checking the name of the server is your desired destination.”

Mr Kerr said a majority of scammers’ attacks targeted individuals through their
email accounts “as it provides a direct line to potential victims”.

“Passwords truly are a critical line of defence between your data and finances, and a cybercriminal,” he said.

“We recommend the use of multi-factor authentication (MFA) if available for as many accounts as possible. If MFA is not an option for the account, a password manager is a good alternative.

The ACCC says during COVID-19 scammers have been pretending to be from banks, insurance providers, supermarkets, travel agents and telecommunications companies.

It says consumers should never provide a stranger remote access to their computer, even if the person claims to be from a telco company such as Telstra or the NBN Co.

And never click on hyperlinks in emails, texts or social media messages, even if they appear to be from a trusted source.

The fraud protection leader has been selected as a premier app provider for the highly regarded commerce platform.

Account takeover fraud is a huge problem, but most US consumers don’t know about it. Only 36% of US consumers say they are familiar with account hijacking fraud, even though it’s one of the..

As more consumer spending shifts to e-commerce, merchants need to strike a balance between fraud protection and customer experience. A recent survey just before business closures swept the U.S...

What does effective B2C marketing look like now? Messaging is only part of the story.

As more consumers shop online, many companies are pivoting their marketing strategies to focus on digital channels. But smart marketing now requires more than simply reallocating resources for..

Male shoppers are more likely to experience online shopping fraud than female shoppers. New research from ClearSale of over a thousand U.S. consumers that shop online at least once every few..

The COVID-19 pandemic has got more Australians shopping online, leaving them increasingly vulnerable to scammers poised to take advantage. Understanding the four key ways these fraudsters can..

A new survey suggests Canadians are much more concerned about the safety of online shopping compared with consumers in the United States.

We are the largest
trust group the market
has ever seen.