Proud and honored to be selected as Endeavor Global Entrepreneurs 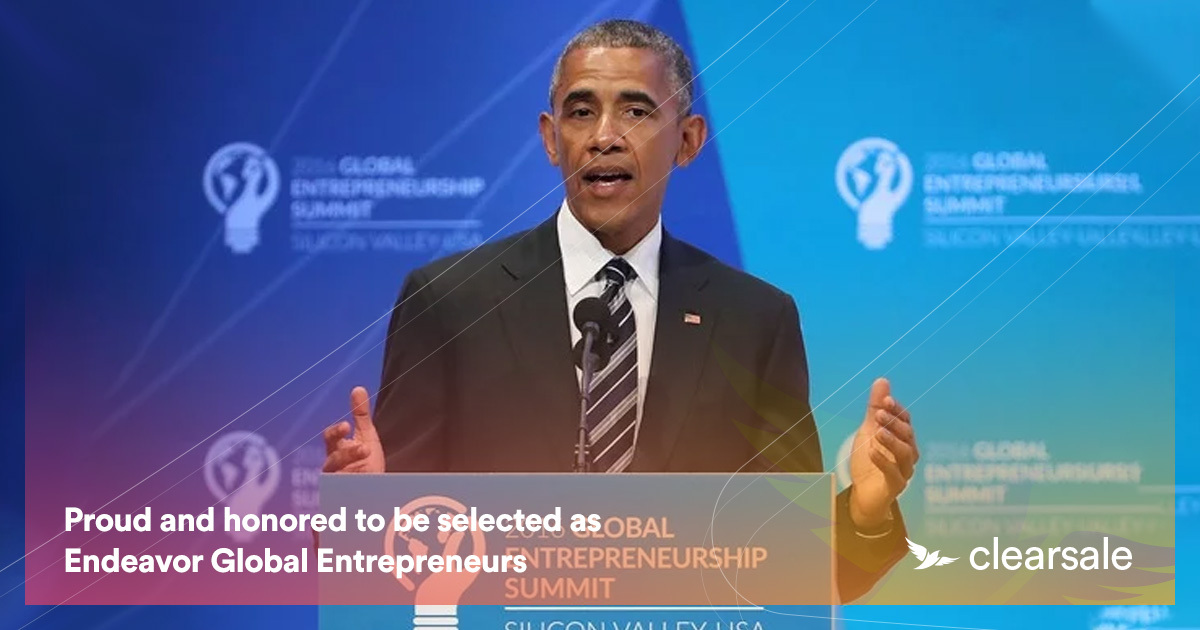 President Obama spoke about the United Kingdom’s decision to leave the European Union (‘Brexit’). He said he was “confident” the U.K. would have an orderly transition from its membership in the EU, and that the U.S. relationship with the U.K. would endure. Obama also spoke about entrepreneurship, mentioning Endeavor's initiatives to  supports entrepreneurs. Following his speech, the president led a panel discussion with young entrepreneurs on how governments can foster innovation and help future business leaders.

With the support of an unrivaled network of seasoned business leaders, Endeavor works to catalyze long-term economic growth by selecting, mentoring, and accelerating the best high-impact entrepreneurs worldwide. Through a rigorous, multi-step selection process, Endeavor annually screens thousands of entrepreneurs from around the world to identify those with the best talent and potential for impact. Endeavor supports high-impact entrepreneurs so that they can build thriving companies that employ thousands of people, generate billions in wages, and inspire countless others as role models. Together, these entrepreneurs hold the key to sustained economic growth in every part of the world. Learn more at www.endeavor.org/approach.