How AI That Passes the Turing Test Can Benefit Your Business 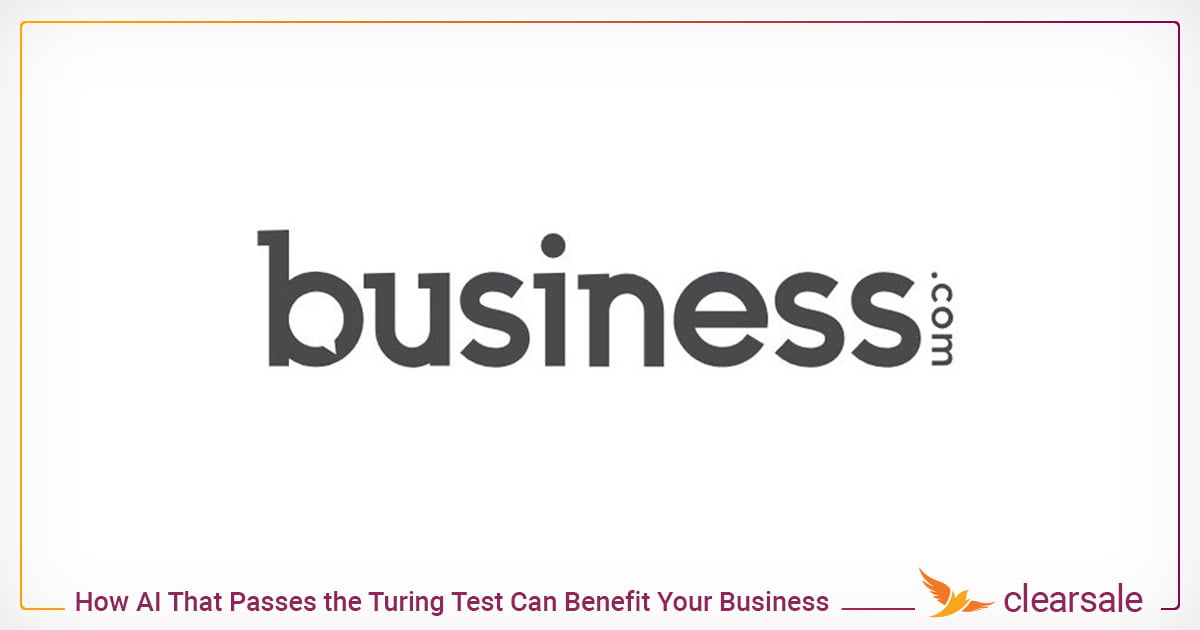 AI that can pass the Turing test has been something of a holy grail for some computer scientists since mathematician Alan Turing developed the test to determine whether a computer uses language well enough to be mistaken for a human. In 2018, Google showed that its Duplex AI-powered assistant can book salon appointments and restaurant reservations over the phone with real people.

The public response ranged from impressed to skeptical to nearly panicked, as industry watchers and scientists speculated about possible applications for voice AI that sounds truly human. One possible use is for better fraud prevention. But the same technology could also make fraud attacks worse. Here’s what small business owners should know about what AI can do now for you, what new generations of AI may be capable of and how to safely use AI for business.

There's some debate in the data science community about whether Google Duplex opens the door to more complex and wide-ranging AI applications that pass the Turing test and whether those advances might happen any time soon. Regardless, even applications like Duplex that are narrow in scope could eventually change the way online payment fraud is managed. The defining element probably won't be the technology itself but the intent of the people using it.

How AI that passes the Turing test might help prevent fraud

People can already chat, text and talk on the phone with robots, but the conversations, as with Google Duplex's, are limited in scope. It's also easy to throw today's customer service robots off track with an unexpected question or heavy accent. But if customer service AI – especially voice AI – eventually passes the Turing test beyond the very narrow scope that Google has done, that technology could make it easier for companies to stop credit card fraud by taking over some challenging but crucial phone conversations.

Right now, online credit card fraud (card-not-present, or CNP, fraud) is a growing problem for businesses of all sizes, in part because so many criminals have access to breached consumer data. There are two ways for companies to handle online orders that – after analysis of a number of factors like shipping address, IP location, purchase history and more – seem like they might be fraudulent but might not be.

The first option is to simply reject these iffy orders. The problem with this approach is that if the order wasn't fraud, the rejected customer may be so frustrated, embarrassed or angry that they never shop with the company again. This is a common and expensive problem. In 2016, merchants lost $2 billion more to these false declines of good orders than they did to actual CNP fraud.

The second option is to manually review each suspicious order. In some cases, fraud reviewers have to call the customer to make sure they really did make the purchase. These voice conversations require skill to collect information without seeming accusatory, and they require company resources to make calls at a convenient time for customers no matter what part of the world they're in.

Because manual review is resource-intensive, not all companies can afford to do it in-house. Others try, but find that process stalls the order approval process during the holidays and other busy seasons. Voice AI tools that pass the Turing test could take on some of that workload and, with enough data fed into the system, perhaps become better than humans at spotting subtle verbal clues that indicate fraud. In the meantime, outsourcing to a third-party manual-screening provider can reduce the burden on businesses.