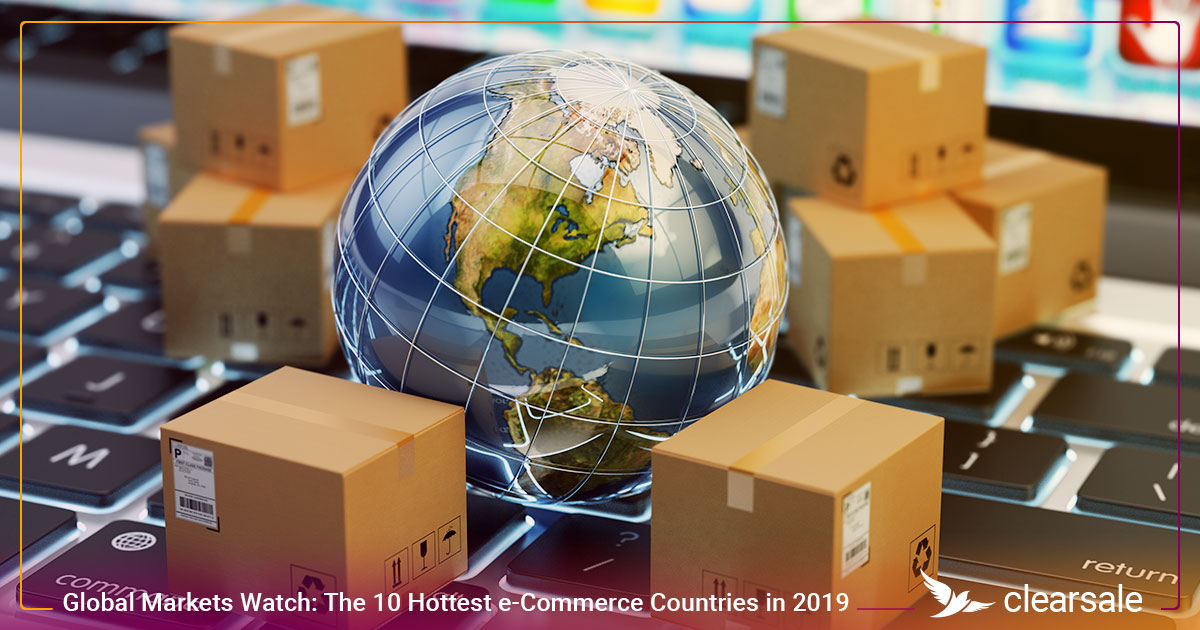 Cross-border e-commerce is hot right now and shows no signs of cooling off in the next year. With global online sales expected to reach a mind-blowing $4 trillion by 2025, online merchants need to be ready to take advantage of the international markets with the biggest potential.

Brazilians love their deals and their online shopping, and they’re well-known for their online fashion purchases. But even so, they remain skeptical of paying online — most likely because an estimated 49% of citizens experienced card fraud between 2011 and 2016 (compared with a global average of 30%). As a result, most Brazilian e-commerce shoppers prefer to pay cash on delivery for their purchases rather than risk being defrauded.

E-commerce merchants who can offer free delivery and accept the preferred payment options will be poised to take advantage of the $20 billion Brazilian e-commerce market that’s projected to grow 22% over the next several years.

Thanks to the country’s large population and the increased popularity of online retail giant Alibaba, e-commerce in China has soared, producing the world’s biggest e-commerce market. Whereas China’s e-commerce sales in 2015 totaled just over $425 billion, by 2017, that number had skyrocketed to $672 billion. In fact, e-commerce makes up 15.9% of all retail sales in China.

Consumers here tend to be heavily influenced by email marketing: On average, 75% of consumers  make a purchase after receiving email marketing from retailers. Chinese shoppers’ purchasing decisions are also heavily swayed by influencers and the amount of detail and flashy images on website product pages.

E-commerce sales in Japan have topped $70 billion, and shopping has become one of the most popular online activities in the country. But that doesn’t mean shoppers aren’t discriminating: Consumers look for well-respected sellers who offer high-quality products.

Nearly 50% of online transactions in Japan are made on mobile devices using debit or credit cards. This online savvy population enjoys shopping with Rakuten, the online retailer that’s leading Japan in e-commerce sales.

Online sales in South Korea totaled more than $38 billion in 2016 and continue to rise, thanks in part to fast internet and high penetration levels.

With more than 86% of the connected population making online purchases, the United Kingdom frequently leads Europe in online shopping.

Shoppers made more than $176 billion in online purchases in 2016, and 96% of transactions were paid for by credit cards, debit cards or PayPal. British shoppers haven’t yet embraced m-commerce — only 16% of consumers use their smartphone for shopping. And two of the biggest factors to influence purchases in the United Kingdom? Free shipping and optional delivery dates.

Amazon, as it does in so many other global markets, holds the top e-commerce retail position in the U.K. market.

With nearly 70% of France’s population using the internet, France ranks as one of the leading countries in Europe for e-commerce sales.

While French shoppers tend to spend less per transaction than some of the bigger e-commerce markets (like the United States and the United Kingdom) the volume of transactions makes France one of the top e-commerce countries in the world.

Germany also sits solidly in the top 10 global markets year after year, with annual e-commerce sales routinely totaling more than $65 billion. This high volume is thanks in part to its more than 63 million online users — approximately 90% of the population.

However, German shoppers are careful about shopping online; they closely screen e-commerce retailers, and a reported 82% of German consumers read the terms and conditions before making an online purchase. These shoppers are especially concerned with how their personal data will be used, the security of their payment information, and shipping and return policies.

While most small- and medium-sized retailers may find it difficult to compete in Germany against Amazon and German-based OTTO, small fashion retailers may have the best luck in Germany’s online marketplace.

With 70% of the population in Russia having internet access, Russian consumers are increasingly turning to e-commerce to get the products they want at lower prices and with simple delivery. Annual e-commerce sales exceed $23 billion, and Russia is expected to see continued increases as high-speed internet becomes more widely available in rural areas.

But much like their Brazilian counterparts, Russian consumers have an inherent distrust of e-commerce sites when it comes to security, so they prefer to pay cash on delivery for their orders.

Currently, more than 65% of Canada’s mobile purchases are made from foreign merchants. Amazon is one of the top e-commerce sites with Costco a close second, but other foreign brands like Walmart are eagerly looking to capture their share of Canada’s $37 billion in e-commerce sales.

Unlike Brazilian shoppers, Canadian shoppers are far more comfortable with handing over their credit card information to e-commerce merchants. As of 2017, 93% of shoppers used credit cards as the payment method of choice for their online transactions.

In 2017, the U.S. e-commerce market was the second-largest worldwide, topping $340 billion, thanks in part to such monster platforms as Amazon and eBay. Amazon reported a record-breaking holiday shopping season in 2018, with more items ordered worldwide than ever before. U.S. shoppers have also begun making more mobile purchases; these transactions now account for 25% of all U.S. online sales.

But while more international customers are purchasing from U.S.-based stores, domestic shoppers remain wary of international transactions. Customers continue to be concerned about the security of their personally identifiable information and are more likely to shop with retailers who can demonstrate they’ve implemented the latest in security tools.

And yet, experts predict this won’t slow down growth. U.S. online sales are projected to grow at an annual rate of more than 9% over the next five years.

As e-commerce merchants try to capture their share of the growing e-commerce market, they’ll want to ensure they make the online shopping experience a safe one — for themselves and for customers.

So when you’re ready to start selling internationally, you’ll want to partner with a fraud protection solution that can help you build trust and keep transactions safe. Contact the experts at ClearSale today to learn how we can help you can safely expand into cross-border e-commerce while still protecting your business from even the most subtle instances of e-commerce fraud. 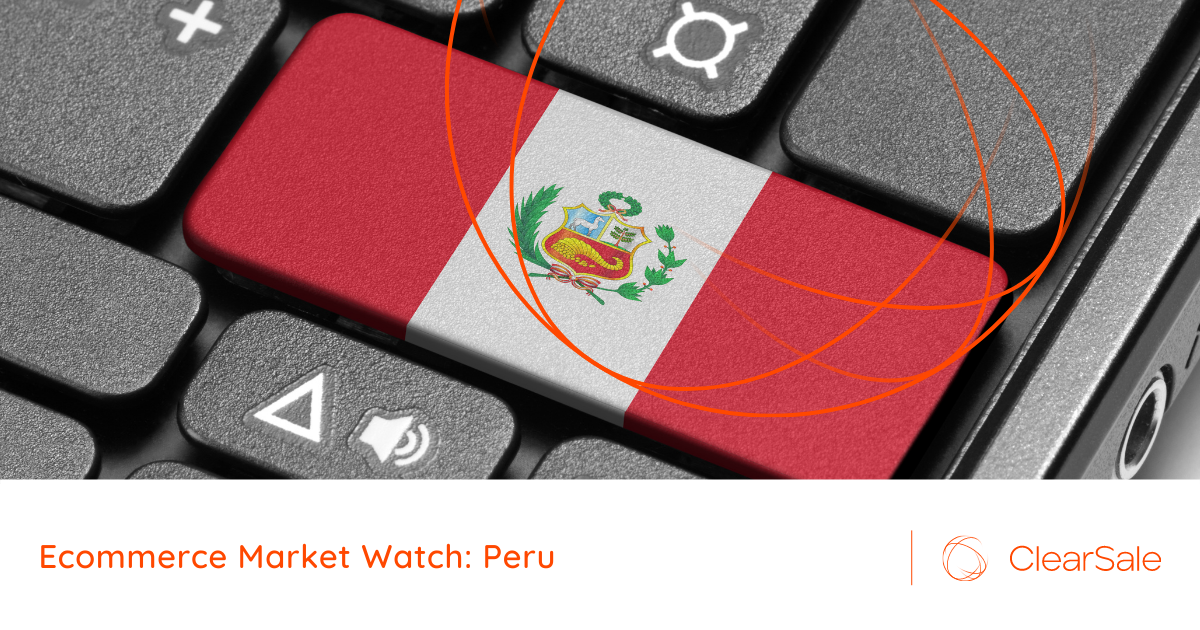 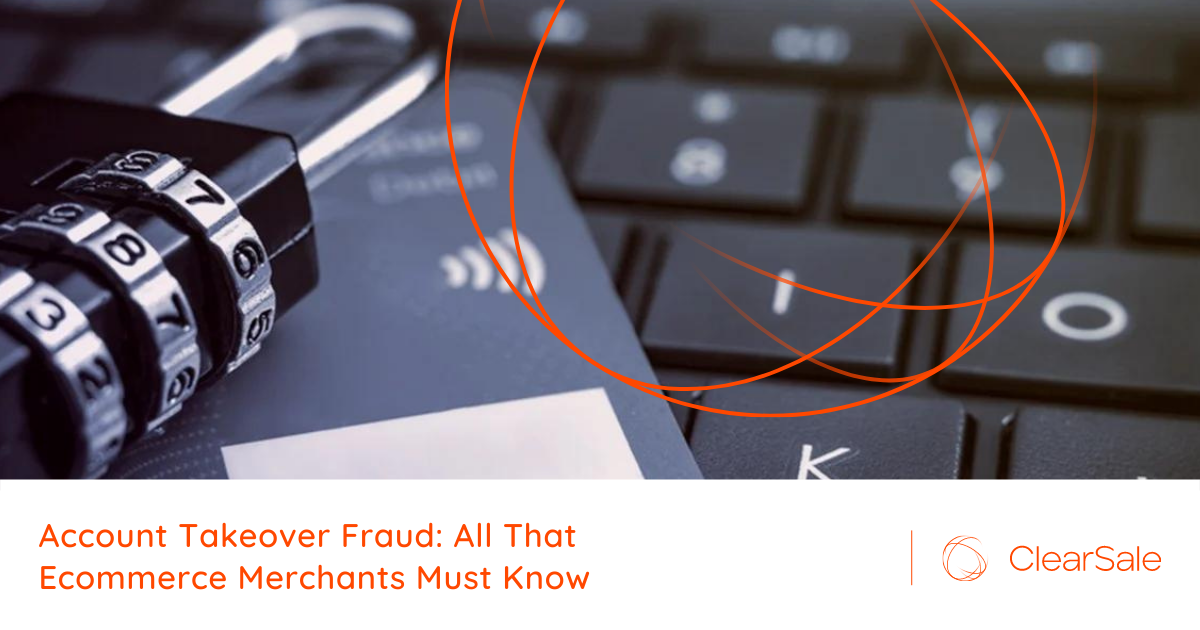 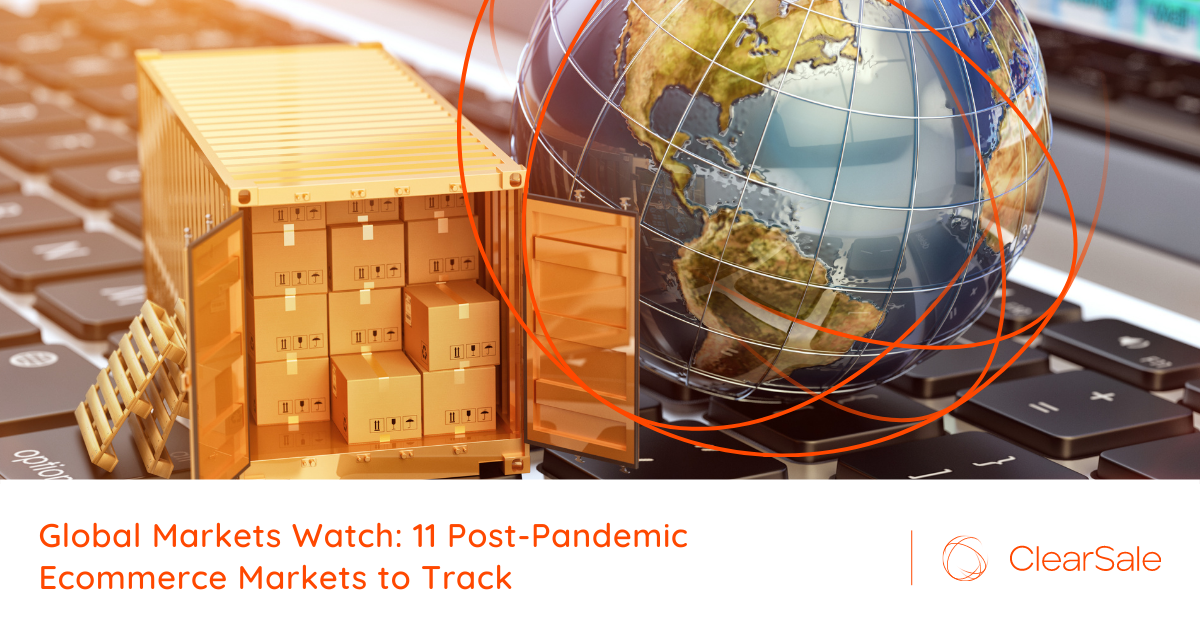 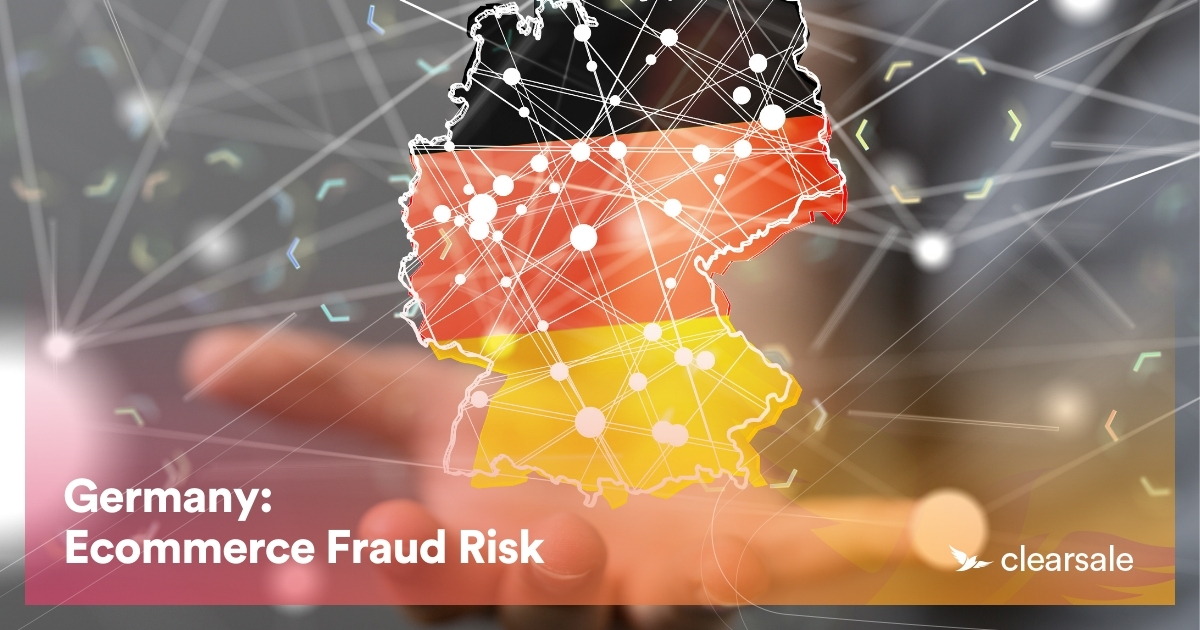 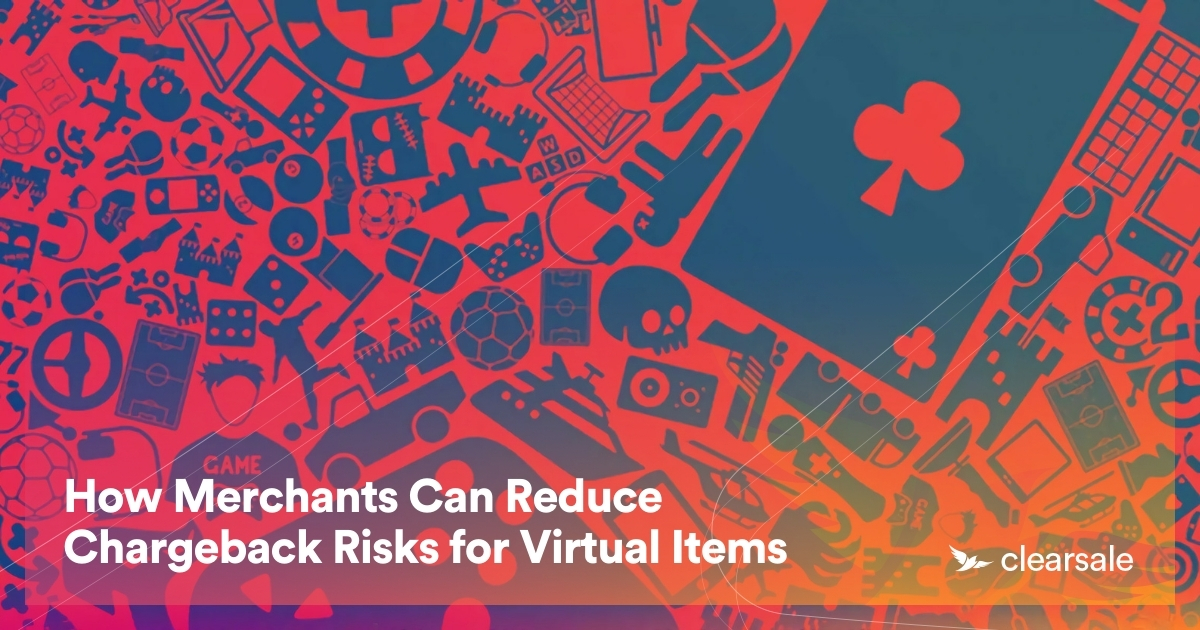 How Merchants Can Reduce Chargeback Risks for Virtual Items

Would you pay hundreds, even thousands of dollars for something you can't hold in your hands? 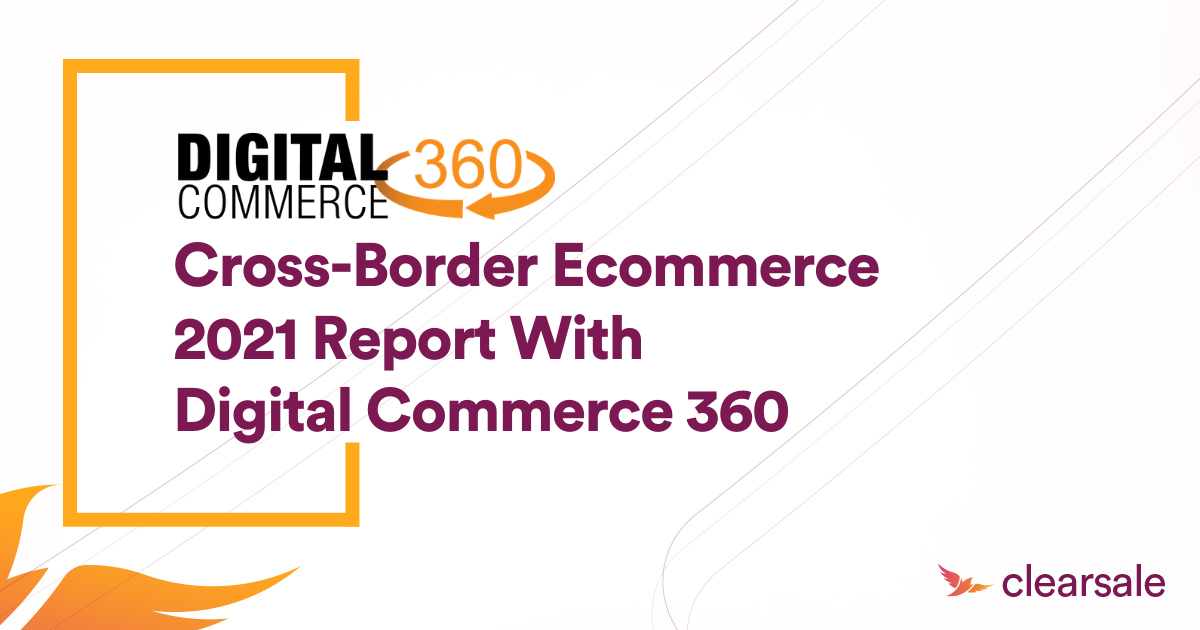 France’s ecommerce market is one of the largest in Europe, with tech savvy consumers and plenty of room for expansion in the mobile shopping space. Consumer buying behavior in France is centered.. 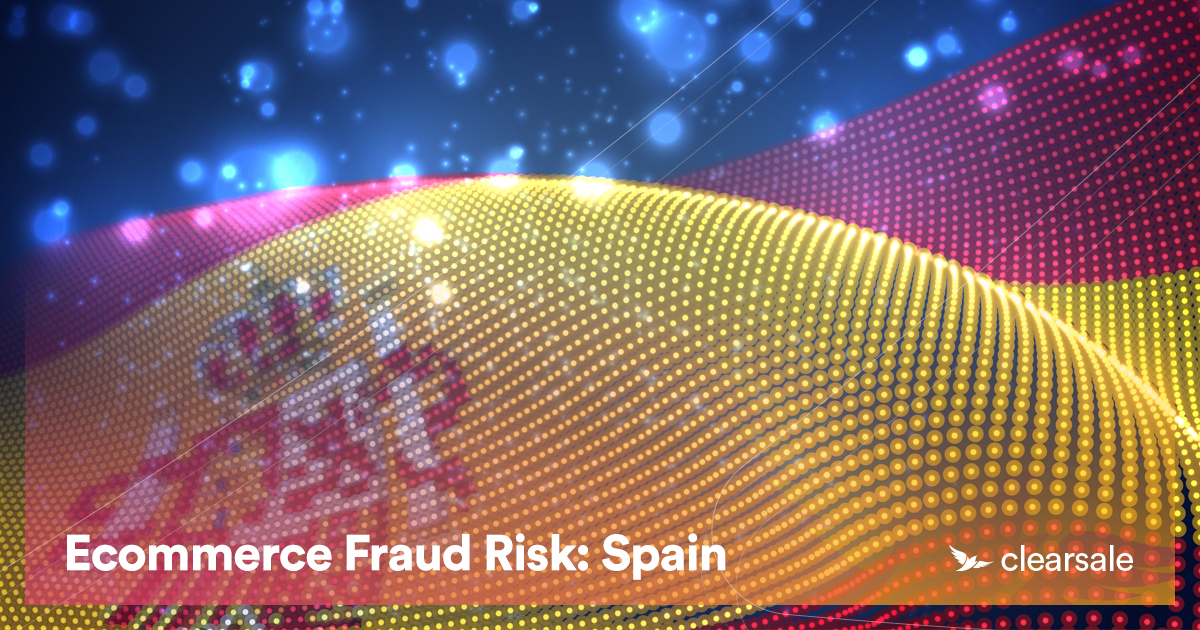 Compared to the rest of Europe, China, and the U.S., Spain’s ecommerce market is fairly immature. Spanish consumers currently do most of their online purchasing from other countries, making it a rich..