Ecommerce in Germany is maturing quickly—and catching up to some of the other more developed ecommerce markets in Europe. This is partly driven by the fact that Germans, in general, are early adopters to technology. As their ecommerce user experience develops, this market will continue to grow.

For merchants looking at Germany for their online business, the country offers plenty of ecommerce sales potential. At the same time, merchants need to consider the elevated ecommerce fraud rates that currently plague Germany and how they can be addressed.

Before the pandemic, ecommerce sales in Germany averaged about 73 billion euros – roughly $89 billion – which put online spending just behind France and the UK. At the time, mobile commerce accounted for slightly less than a third of total online sales.

Consumer Behavior in Germany Changed With the Pandemic

Compared to the rest of the world, Germans were mixed when asked about their confidence that the economy would bounce back within 6 to 12 months. Further, about 95% of consumers still were not resuming daily activities at the time of the survey. 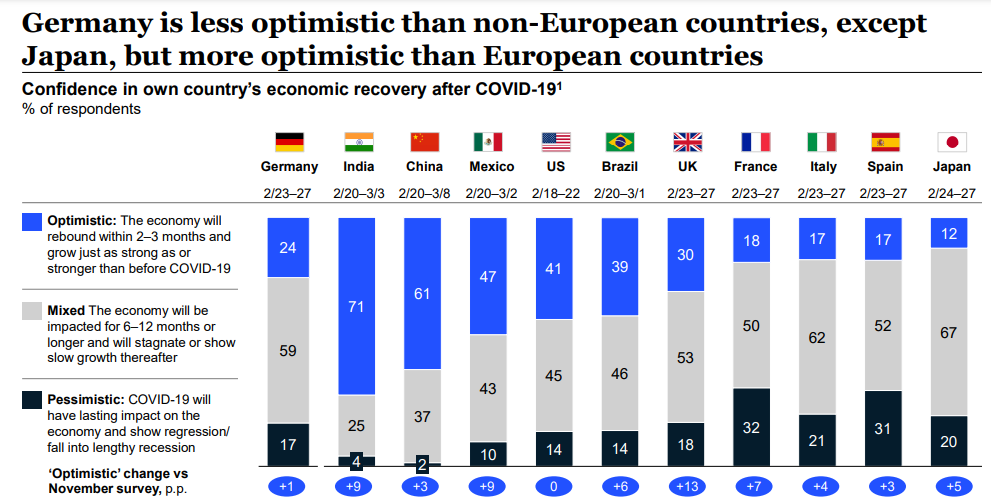 Surprisingly, despite being wary about economic recovery, more than 44% of German consumers surveyed planned to splurge and spend a little more in 2021. Gen Z, in particular, will splurge more, regardless of income level. 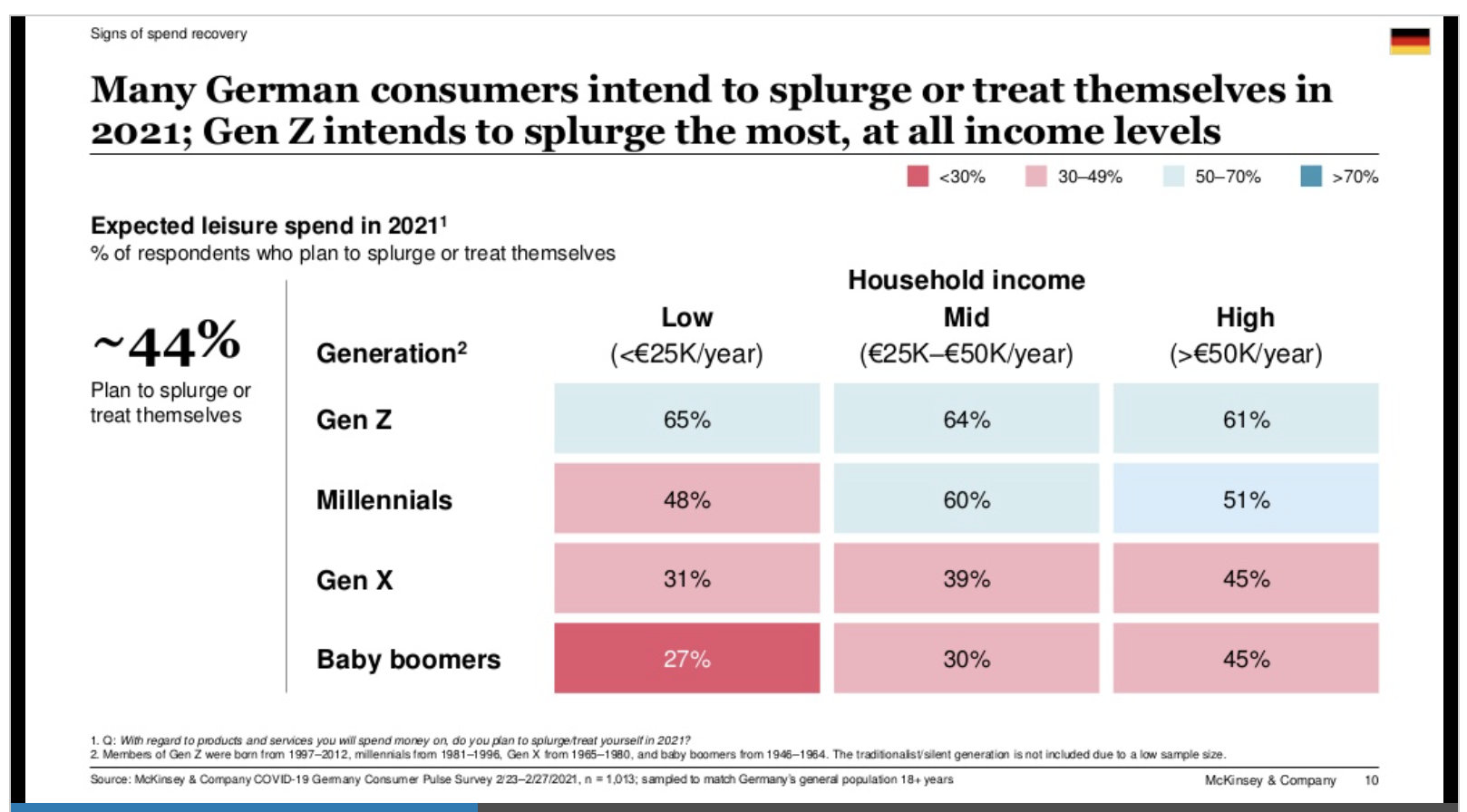 Over 91% of Germans surveyed plan to continue shopping online post-pandemic. It should be noted that

which is consistent with that generation’s adoption of ecommerce, mobile commerce, and social commerce as their shopping venues of choice. 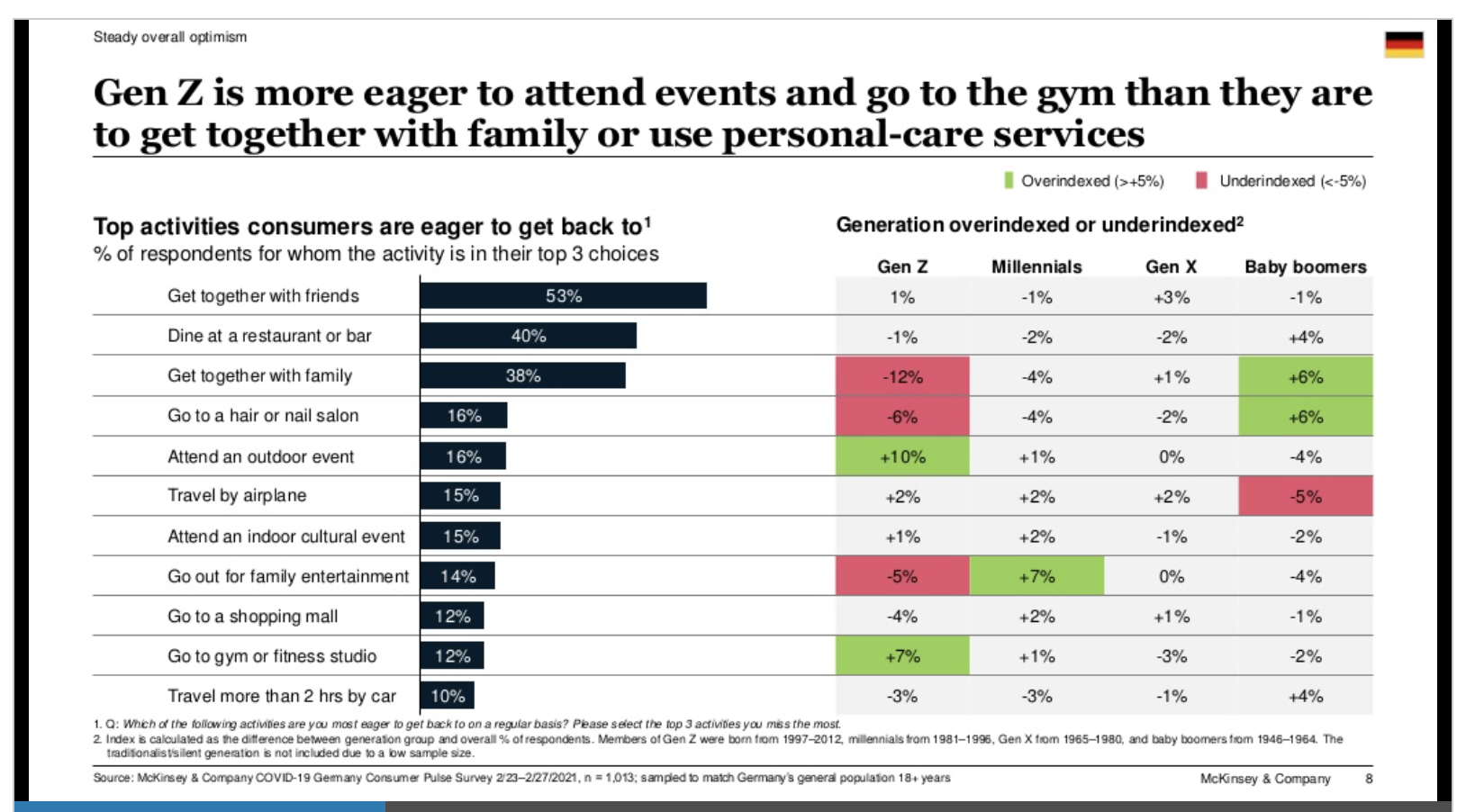 As the pandemic kept people closer to home, many consumers decided to update their dwelling, and Germans are no different in this regard. About 25% of respondents said they spent money renovating their homes. This trend is expected to continue. 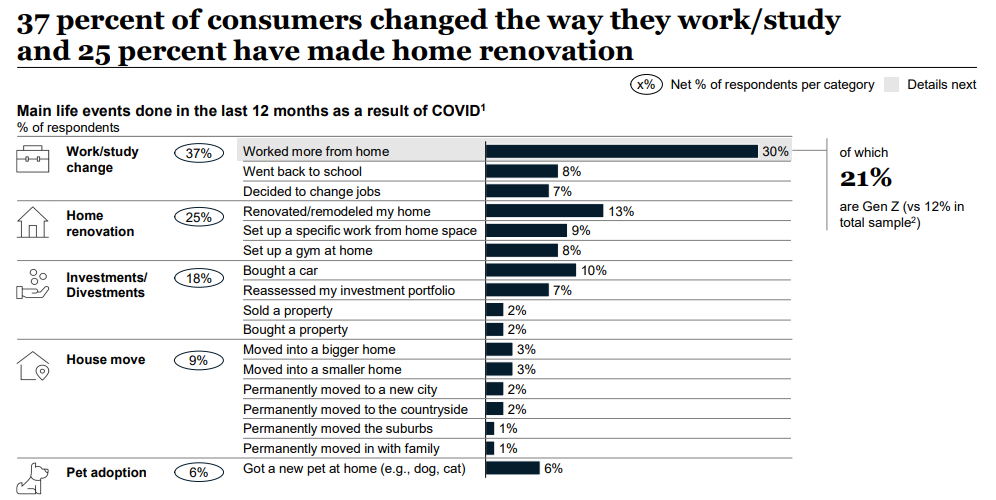 In addition to a growth in curbside pickup and delivery services, German consumers were more willing to try new brands and switch loyalties. Not surprisingly, 73% of Gen Z and millennials tried a new shopping behavior in 2020.

Credit Cards Continue to Be an Underutilized Payment Type

Banking practices in Germany create consumer friction, which have kept credit card usage down. The problem stems from a combination of banks not offering high enough spending limits for Germans’ expensive purchasing habits, plus the number of hoops consumers have to jump through to get a bank to issue a credit card.

But there’s no doubt that Germans have begun to appreciate the value of using credit cards. Penetration is anticipated to grow slowly as ecommerce merchants work to make it easier and more convenient to shop using credit cards as a payment option.

Price Is a Motivator

Another factor impacting ecommerce in Germany is price. A 2019 International Post Corporation (IPC) survey revealed that German consumers were quite discerning and willing to shop around for the best price, which often led them to cross-border ecommerce shopping.

A number of factors make Germany a unique ecommerce market, including the popularity of more expensive purchases and a corresponding high fraud rate.

Germany is among the 10 countries that made up 85% of the luxury goods and fashion ecommerce market in 2019. As Germans sheltered in place for most, if not all, of 2020, their penchant for extravagance only increased. Statista forecasts that the fashion segment will reach nearly 22 billion euros by 2024. 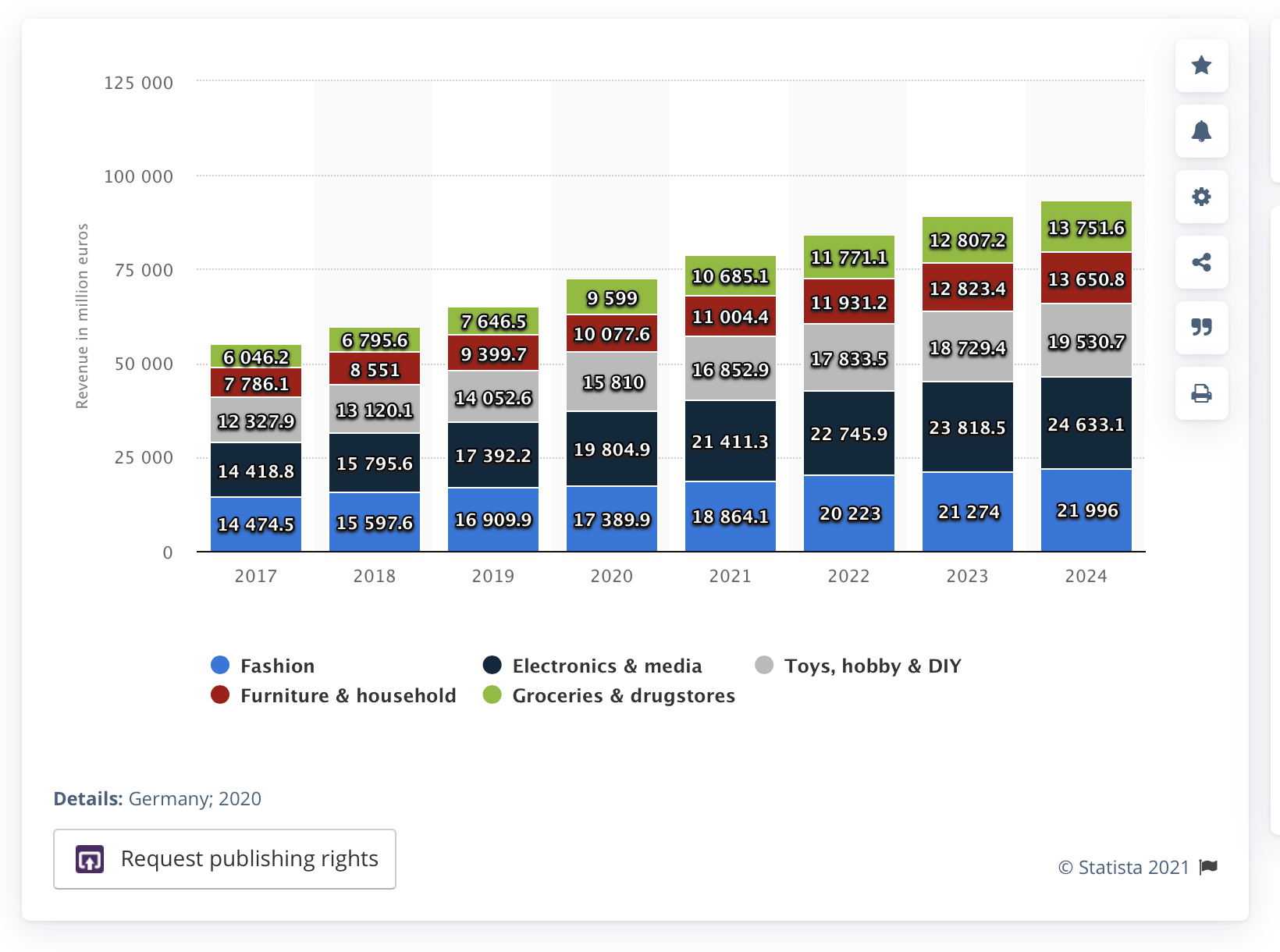 German Consumers Buy the Most E-bikes

Another segment that has seen significant expansion in previous years is e-bikes. European ecommerce shoppers buy 20% e-bikes worldwide, with the most sold in Germany. This could be explained in part by the adoption of e-bikes in cities like Hamburg for UPS deliveries. By turning away from automobiles for deliveries, packages can be delivered throughout the region that is known for high levels of traffic congestion.

Germany Has One of the Highest Fraud Rates in EuropeEdit

When we look at other countries in Europe, ecommerce fraud in Germany is among the highest.

In part, this can be attributed to the payment methods used by German online shoppers. Paying by invoice or directly out of bank accounts make it easier for fraudsters to steal basic information and pretend to be valid customers.

Merchants are reluctant to use fraud prevention tactics like two-factor authentication because it lowers the convenience factor for consumers. As a result, many fraudsters target the German market because it’s so easy to penetrate. In Berlin alone, law enforcement reported over 19,000 cases of ecommerce fraud in 2019, with a clearance rate of only 12%.

Any merchant considering the German ecommerce market will be presented with a host of opportunities, both domestically and internationally. Merchants also need to consider Germany’s high ecommerce fraud rates and make sure to have a fraud prevention strategy in place to protect their business.

Be Wary of False Declines

While it’s easy to rely on fraud filters to identify fraudulent transactions, that tactic puts merchants at a greater risk of lower approval rates and more false declines.

A false decline will turn more than a third of customers away from ever shopping with that merchant again. And over 25% of those customers will take to social media to express their displeasure.

This puts ecommerce merchants in Germany in a tricky situation: On one hand, fraud rates are high. On the other, too-stringent fraud protection can result in revenue-destroying false declines. With the variety of fraud protection solutions on the market and varying levels of expertise, merchants have many choices.

However, it’s important to consider the complexities of the German ecommerce market – and what’s at stake if your fraud prevention strategy doesn’t cut the (German) mustard.

Merchants looking to expand into this promising – but potentially risky – market should make sure to partner with fraud prevention experts who have the international experience and boots on the ground to give you an informed and effective fraud solution you’ll say “Danke! (Thank you!)” to.