Fraud prevention and management firm ClearSale is expanding into Australia, with the firm — founded by a two-time Olympic athlete — keen to tap into the country’s growing e-commerce market.

ClearSale was started 17 years ago in Brazil, out of what chief executive Pedro Chiamulera said was a need to counter issues commonly faced by merchants such as fraudulent payment transactions, false declines and chargebacks.

He told The Australian merchants in Australia faced increasingly high rates of fraud, with an estimated $561 million lost to Australian retailers in 2017, with more than three-quarters of that card-not-present fraud.

The issue is so prevalent that Reserve Bank governor Philip Lowe revealed last year that he, too, was a victim of credit card fraud.
“Our company has extensive experience countering fraud in high-risk markets like Latin America, and we understand the needs of e-commerce merchants globally,” Mr Chiamulera said.

“Clients often forget that the cost of fraud goes beyond monetary losses and ultimately affects reputation.

“We aim to offer our clients a fully outsourced fraud protection solution, that allows them to maintain that level of trust between retailer and consumer.”

Mr Chiamulera added that there were many parallels between being an athlete and an entrepreneur.

“The first is integrity. As an athlete, you have to show up to competition regardless of your mind-state,” he said.

“It is a commitment to yourself and your team, and it is the same as an entrepreneur; when I do business, at the end of the day all I have is my word.
“The second is that your unconscious works for and against you. You will inevitably make excuses for yourself because your unconscious feels hesitation, and the way to eliminate this is to set up a team that will support you regardless. The effort is individual, but the victory is collective.”

ClearSale’s Australian operations will be headed by Rafael Lourenco, partner and executive vice-president, who said Australia had the third-largest e-commerce market in the Asia-Pacific and one of the top 10 e-commerce markets in the world.

“We see Australia as a major growth market for ClearSale and so will be investing in the region with specialised sales representatives and a product team focused on building a deep understanding of Australia’s legislative, ecommerce and fraud environment,” Mr Lourenco said.

“Australia isn’t unique in its growing vulnerability to CNP fraud. However, other markets are putting up much more robust protective measures in place.
“Australia’s shift towards open banking and greater freedom to share data with third parties will offer power to consumers, but cybercriminals will inevitably develop sophisticated ways to exploit this.” 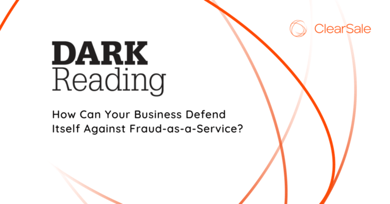