In the past, layaway plans allowed consumers to pay over time for goods. But with this model, the customer had to wait until the item was paid off before taking it home – providing lots of time for them to have second thoughts.

It’s not only because consumers aren’t willing to wait months for their purchases, but also because merchants are trying to avoid the potential cancellations and chargebacks resulting from consumer impulsiveness.

But what about those shoppers across the Atlantic? As it turns out, BNPL is becoming a more prevalent payment option in the United States with usage increasing more than 200% in 2020. While that only accounts for 2% of U.S. ecommerce payments, the value of purchases made using BNPL service providers grew more than 132% in the first quarter of 2021.

Worldpay from FIS has forecast that buy now, pay later options will account for 4% of global transactions by 2024, an increase from 1.6% in 2020. In essence, if BNPL isn’t on your radar right now, it should be – because your customers will be asking about it.

So, what is buy now, pay later and why is it so appealing?

What Is Buy Now, Pay Later?

Buy now, pay later lets consumers make purchases in installments with either a small amount of interest or none at all – which is different from the traditional credit card model of payment.

In this way, it’s an amalgamation of layaway-meets-line of credit with one major advantage: Customers can have their purchases right away.

Buy Now, Pay Later (BNPL) is a popular payment option among millennials and Gen Z – the most active and growing online consumer groups today. These two generations do almost everything on their smartphones (and they’re not big fans of credit cards), which makes BNPL options easy and simple to use.

Youth research firm YPulse found that 17% of 18-24-year-olds have used BNPL services, compared to about 20% of millennials and 10% of Gen X.

While the younger two generations use BNPL for convenience, the older generation tends to use it to manage spending. In fact, consumers have begun using BNPL services for a number of reasons:

Another reason consumers like BNPL is how quickly they can be approved – something merchants need to be aware of when it comes to fraud.

BNPL services are offered in the same way that Amazon Pay is offered online, often among the first options at check out. The BNPL provider runs a brief credit check and then pays the merchant in full for the purchase. Based on the agreed-upon installments, the customer pays the BNPL provider.

In some cases, BNPL providers offer a set number of installments for customers to choose from – usually between three and 12 months of payments. Other services simply delay payment and serve as microlenders to customers who have to pay the balance back by an agreed-upon date. Failure to make payments cost customers late fees and can impact their credit.

It’s important to note that BNPL options often absolve merchants of chargeback liability. In exchange, they pay BNPL providers a fee for each transaction .

While the field of BNPL providers is still growing, several companies have established a foothold in the market.

Let’s take a look at the current BNPL players and the services they offer.

Any customer who has purchased a Peloton – and there were a lot of them during the pandemic – will be familiar with Affirm. This BNPL provider is expanding its reach with nearly 12,000 retailers and a new relationship with Shopify that makes integration even easier.

Affirm’s offerings include simple-interest and interest-free installment options with a underwriting process that is ideal for high risk merchants selling big-ticket items.

Primarily responsible for Australia’s adoption of BNPL, Afterpay entered the U.S. market within the last few years with the promise of interest-free offerings. (It’s not all roses for consumers who don’t pay their bills on time, though: Customers who get behind in their payments are charged a late fee and may even be cut off from making additional purchases.)

Afterpay has appealed to a number of enterprise ecommerce merchants, including Bed Bath & Beyond and Lululemon. A recent partnership with Stripe stands to make integration easier.

Sweden’s high BNPL usage is attributed to Klarna, which has set its sights on dominating the U.S. market. Klarna’s appeal is that it offers more than just payment options on the Klarna app, including package tracking, retailer wish lists and even a quasi-digital wallet.

Its pay-in-four, interest-free installment product averages orders between $140 and $150 in the U.S. and Canada. Consumers can also opt to pay 30 days after delivery, which lets them try and return items before payment.

With the acquisition of Bill Me Later nearly a decade ago and an existing network of 29 million merchants, PayPal is positioned for growth in the BNPL market. In 2020, the company launched a Pay In 3 product to UK customers and a Pay in 4 product to U.S. customers – both have been quite successful.

Bill Me Later has birthed two credit options that open doors for both B2C and B2B customers. PayPal Credit is a rebranded version of Bill Me Later, which has expanded across borders into European markets. Meanwhile, PayPal Working Capital allows PayPal merchants to redirect their sales to pay for goods and services – making cash flow less of an issue.

BNPL options do create the opportunity for more high-dollar purchases, but merchants still need to make sure they provide the right offer to their customers.

What to Consider When Choosing BNPL Providers

Before adopting any BNPL option, merchants should evaluate how well this type of payment option will play with its target customers.

If the average order value for an online store is high, not everyone will be approved by every BNPL provider, or the merchant may need to offer some guarantee that its customers will pay. Even when a BNPL provider is chosen, merchants should loop consumers back to a credit card option if the BNPL is declined.

Another consideration is reputation and brand loyalty. If customers end up having to pay interest, late fees, or are prevented from shopping until they pay in full, they are more likely to associate those experiences with the merchant than the BNPL providers.

Great questions for merchants to ask include:

The most prevalent fraud risk for Buy Now, Pay Later transactions is account takeover because, in most cases, consumers are connecting their bank accounts directly to the provider to make payments.

And because BNPL is essentially an instant loan with a limited credit check, it’s difficult for banks to screen out fraudsters at the point of sale.

So how do merchants protect themselves against BNPL fraud?

In addition to implementing a comprehensive fraud prevention solution that protects every arm of their business, merchants need to be wary of transactions that have strong red flags for fraud:

Be Careful With Filters and Blacklists

Before setting up filters or blacklists to try to address BNPL fraud, merchants need to remember that doing so will put them at risk of increasing their false declines – and decreasing their approval rates and revenue as a result. This is where manual fraud review is valuable, allowing you to reach out to customers whose transactions set off alarms.

ClearSale’s international fraud prevention and protection expertise makes our team especially equipped to understand the nuances of buy now, pay later fraud, how to prevent it, and how to maintain a high approval rate. Contact us today to discuss how to integrate BNPL in your payment options safely without increasing your fraud rate. 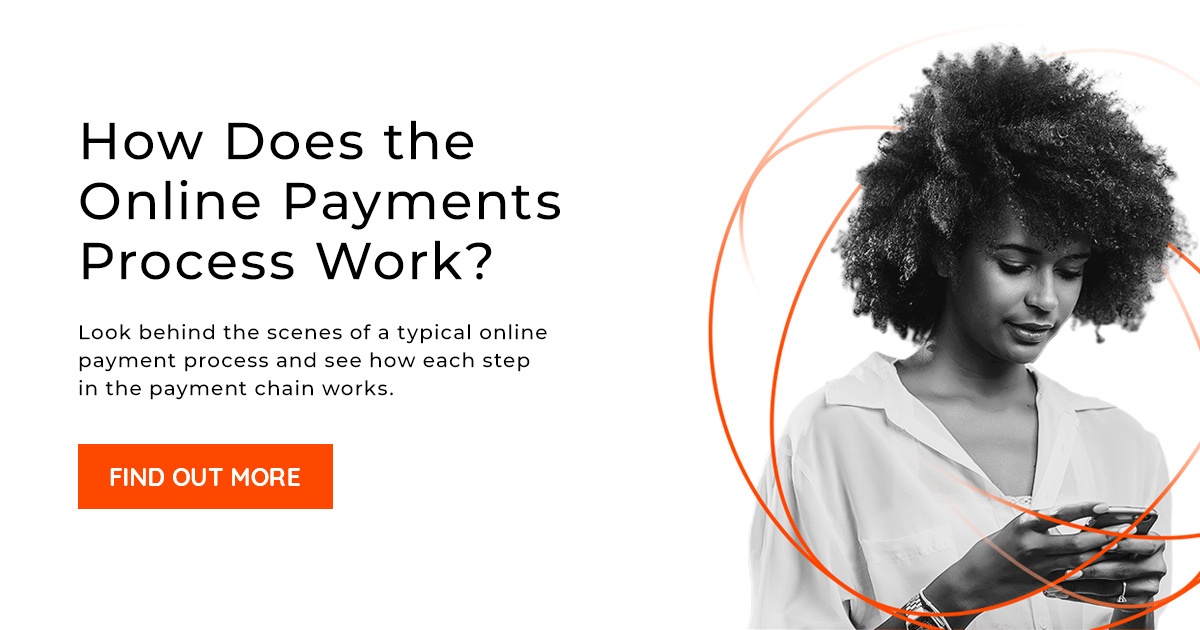 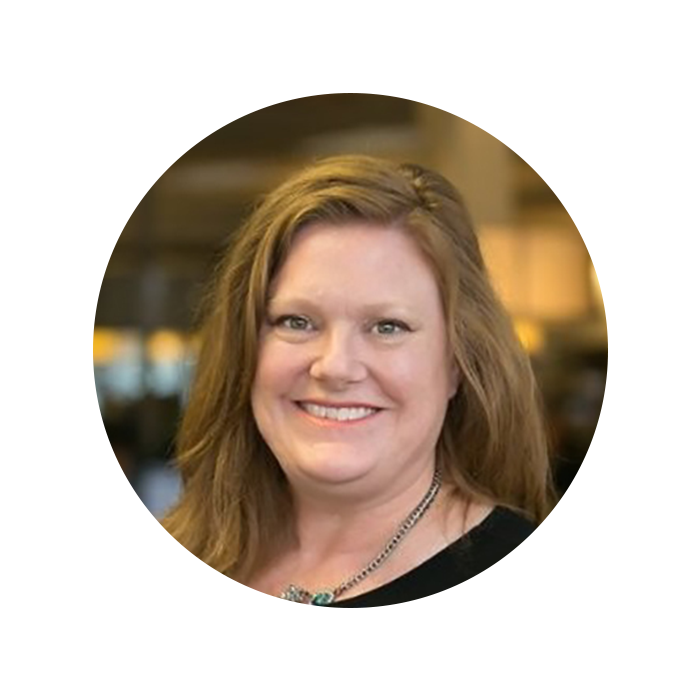 Denise Purtzer is VP of Partnerships and Alliances, and lives for connecting the right people to make things happen. Denise has 20 years of experience in ecommerce and knows the ecommerce landscape from every angle, for every size business, in every market. 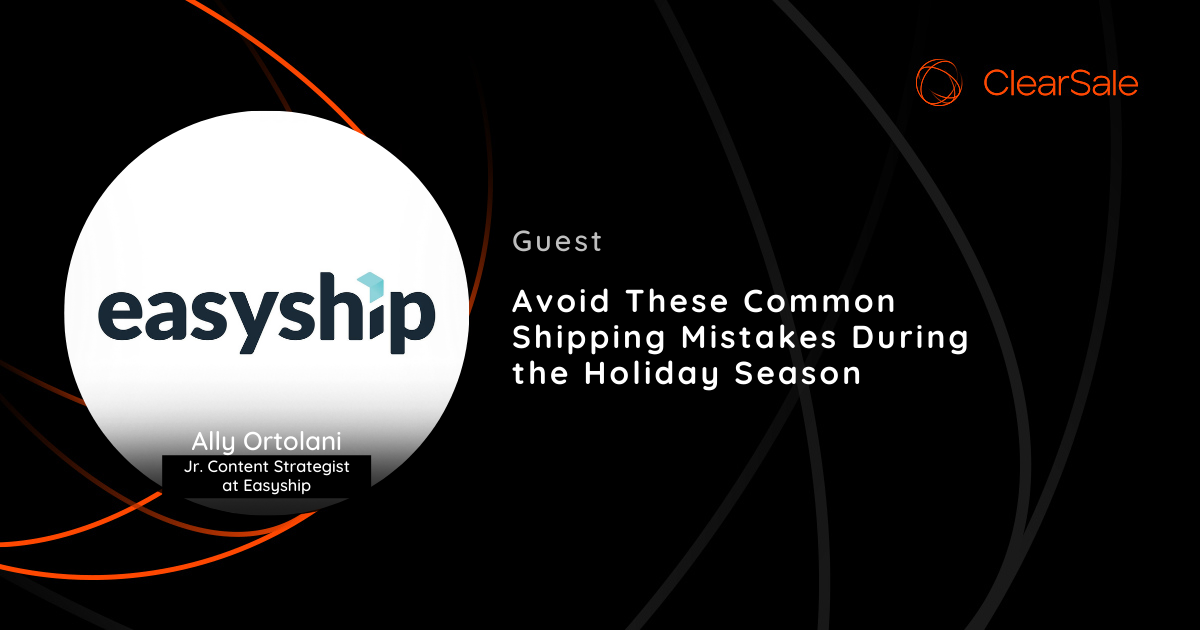 Brace yourself for another record-breaking holiday shipping season. An estimated 850-950 million packages will be delivered during the holiday season. This means merchants need to have a.. 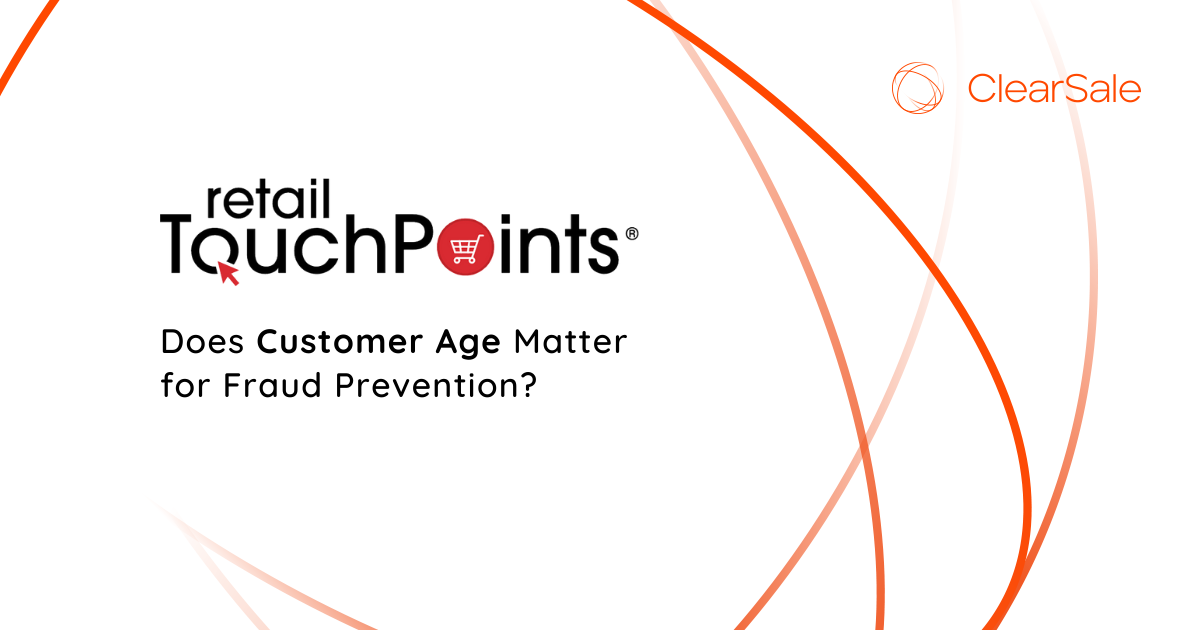 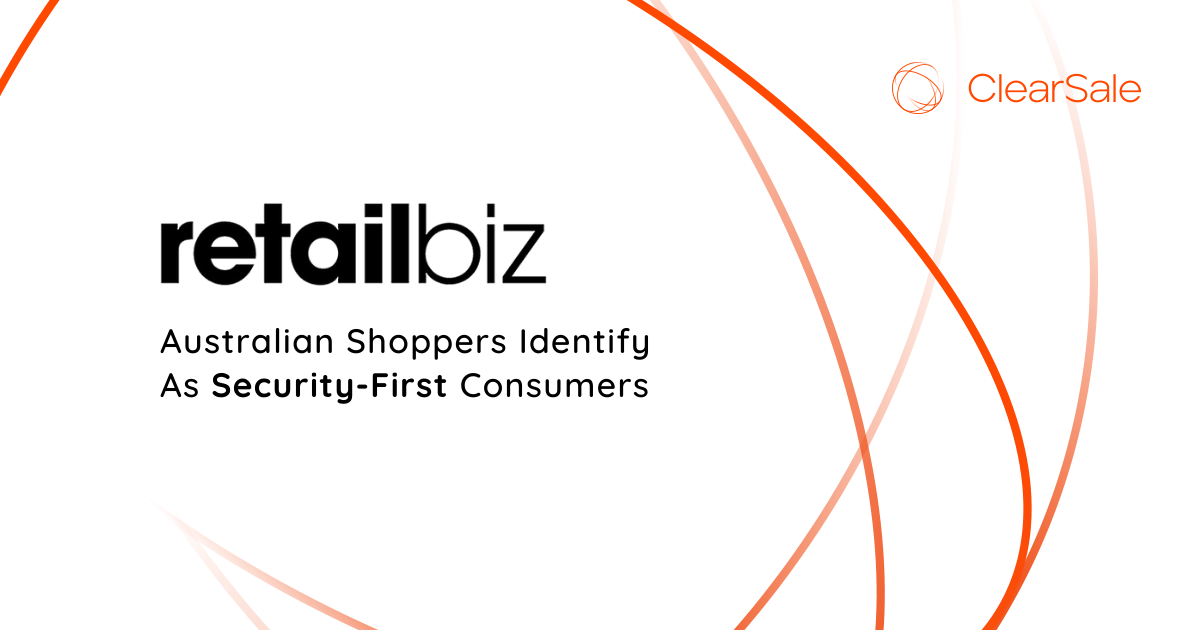 The extended lockdowns in Australia have been relentless for shoppers. With many brick-and-mortar stores forced to close, consumers have had to head online to buy products. For a lot of.. 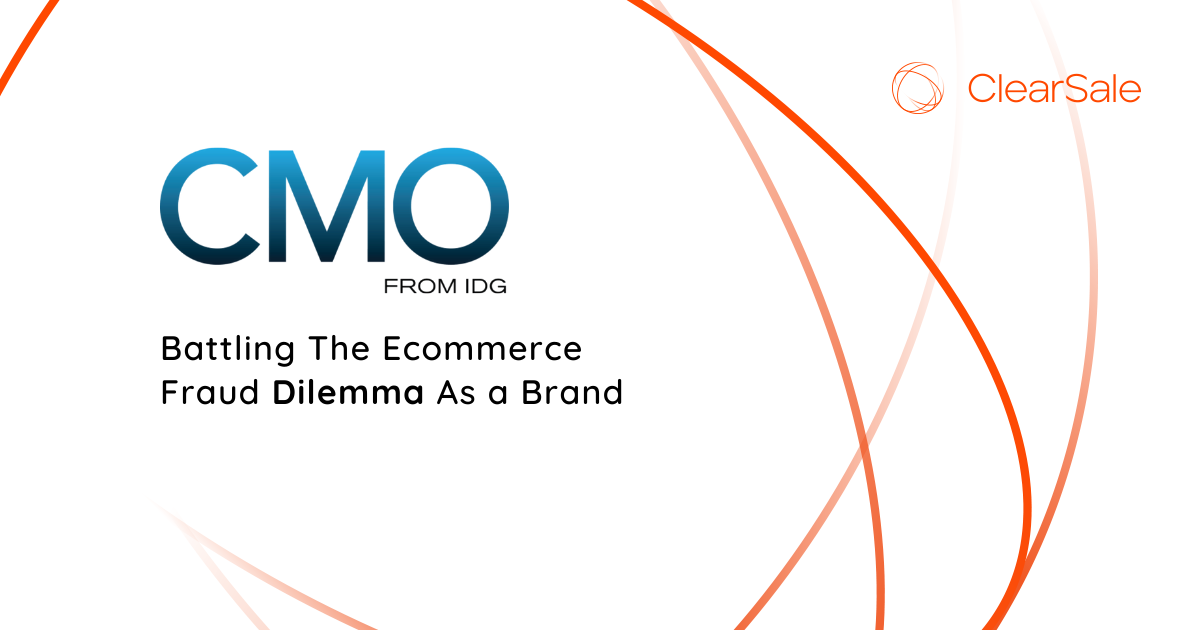 Battling The Ecommerce Fraud Dilemma As a Brand

Like many Australian retailers, Melbourne-based fine jewellery seller, Bevilles, pivoted to online sales during the pandemic in response to a decline in in-store purchases. But as a seller of high..

These Main Order Variables Indicate Fraud-But How Can We Tell Fraud From Good Customer Behavior?

Fighting fraud while keeping good customers happy is one of the key determinants of ecommerce success. Allow too much fraud and your bank may close your merchant account. Turn away too many good.. 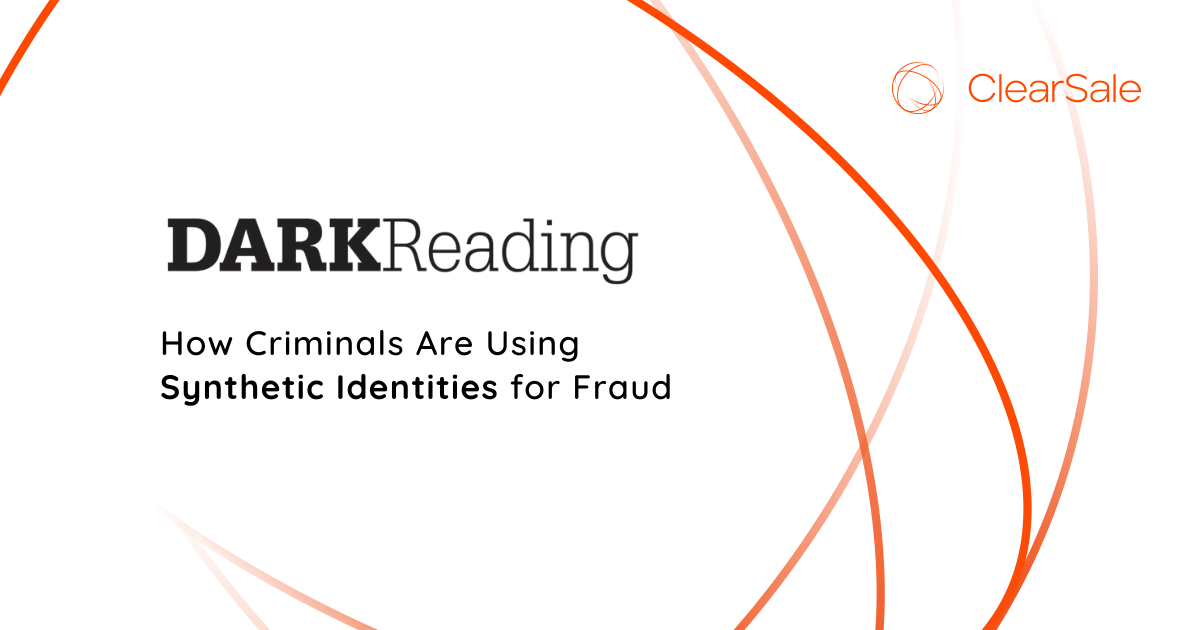 Synthetic identity fraud was already a problem before the COVID-19 pandemic shifted spending and work online, but it is becoming a bigger problem now as criminals take advantage of looser rules..

How Can Retailers Combat Payment Fraud?

Payments have gone through a transformation in the last two years. With COVID-19, customers have increasingly adopted other payments methods such as digital wallets; however, these payment options.. 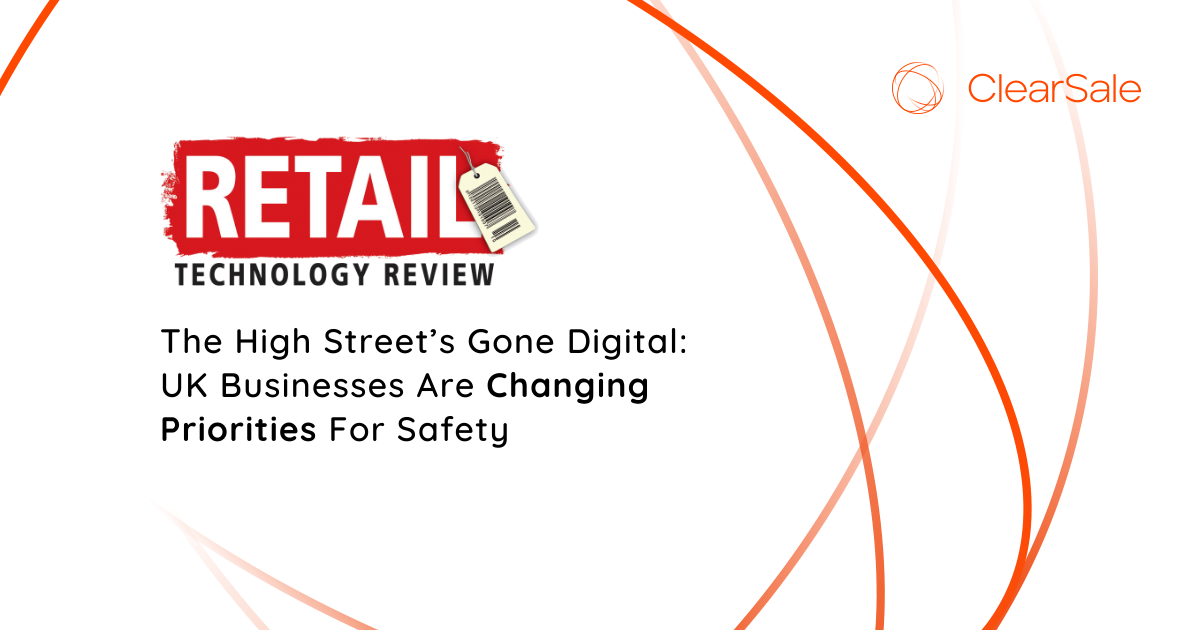 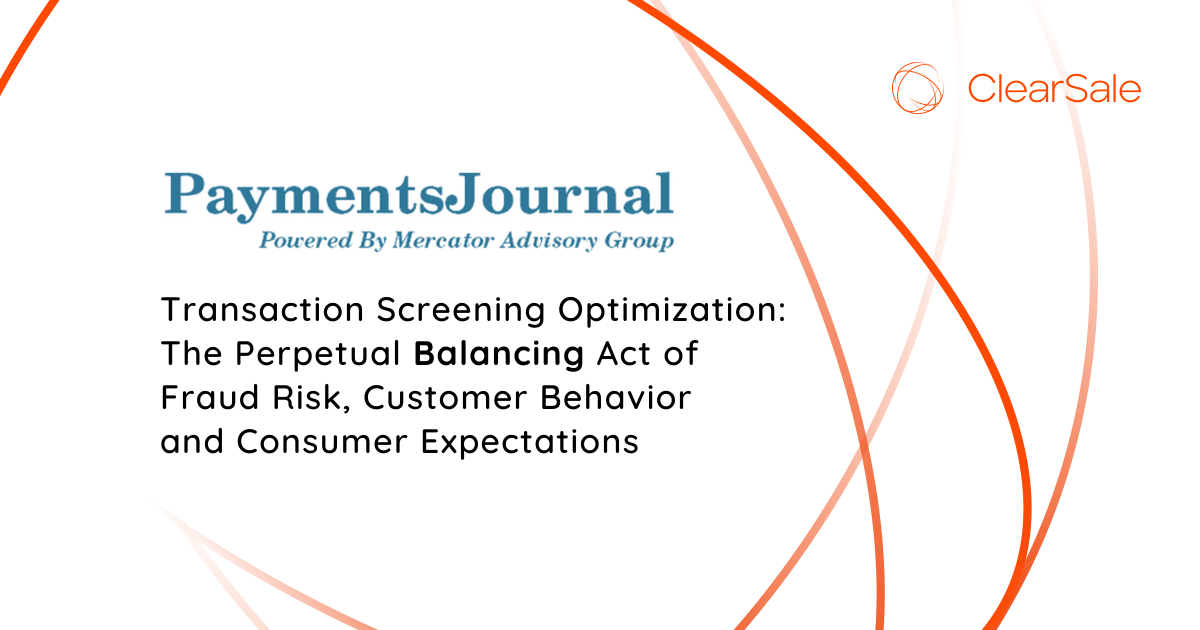 Ecommerce fraud prevention typically focuses on finding the right balance of automation and expert review to minimize both fraud and false positives. However, there’s another variable that’s..