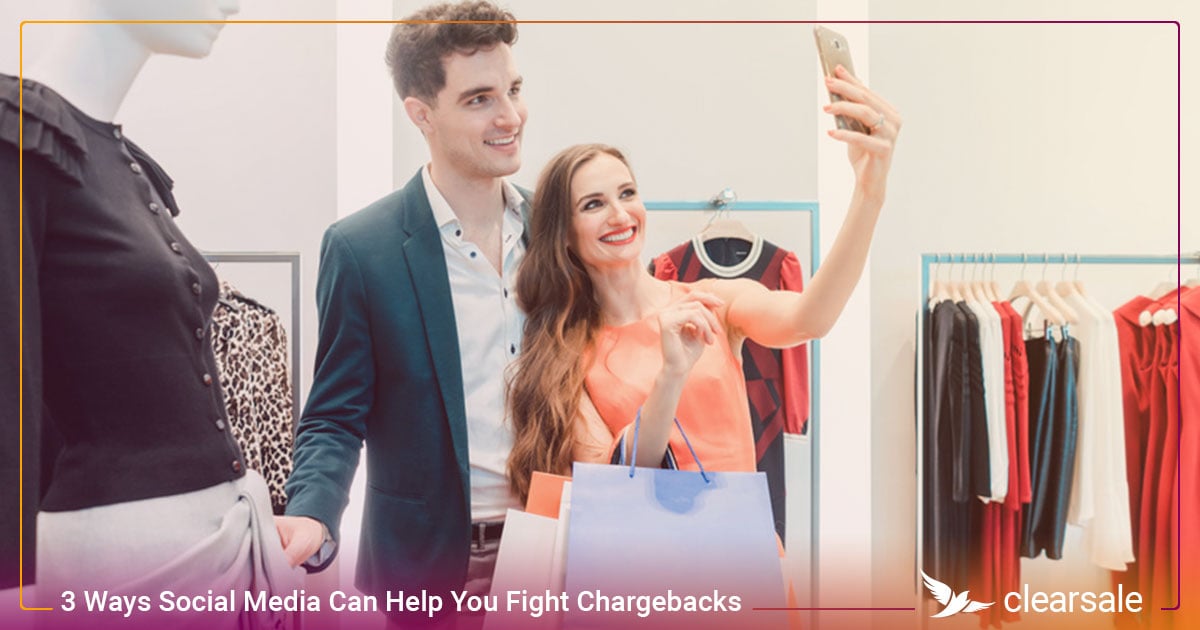 Social media accounts used to be primarily for connecting with family and friends, but some customers now use their accounts to ask for advice on filing false chargebacks, to brag about their fraudulent activity and even to show other potential fraudsters how to use chargebacks to receive undeserved refunds.

"Some friends of mine were talking about how they get "free pizza" by filling a chargeback with their bank. Free food is always a good idea, so what should I do to make the chargeback process work for me?" - Asked on July 6, 2016 1:29 pm

And there are no negative consequences to their actions. In fact, because most chargeback rulings favor the customer, fraudsters are actually rewarded for their bad behavior, seemingly legitimizing the practice.

But as social media becomes a training ground for filing fraudulent chargebacks, merchants can sometimes use their customers’ brazen postings against them. Here are three ways to use social media as part of a chargeback management strategy.

To help dispute a chargeback, merchants can submit screenshots of a customer’s public social media account that shows the disputed goods being used.

Imagine a dispute in which a customer claims they never received a jacket they ordered from an ecommerce merchant. To dispute the chargeback, that merchant could screenshot and submit as evidence a public post from the customer’s account of the customer wearing the jacket on or after the date the order was marked as delivered.

But this doesn’t mean every public post is usable.

A screenshot of a public post from the account of a friend of the customer showing the customer wearing the jacket isn’t just inadmissible as proof; it may also be considered an invasion of privacy.

The date and time stamps of posts can also help merchants discredit chargeback claims. Consider the customer who claims to have cancelled a monthly personal shopping service, stating the clothing quality is substandard and not in line with her style. But what if the customer posts over the course of several weeks several photos of herself in different outfits sent after the alleged cancellation and including captions about how much she loves them?

Capture a series of posts to develop a timeline of fraudulent behavior and create a solid argument against the validity of the chargeback.

Videos can be another useful piece of chargeback evidence, but they can be more challenging to use effectively. Several social media platforms — including Facebook, Snapchat and Instagram — let users post videos to their user “story” that disappear after 24 hours. So even if merchants capture video proof of fraud on a customer’s social media story, the short-lived nature of the videos makes it easy for customers to deny they ever existed.

But that doesn’t mean videos can’t be used effectively as chargeback evidence. These tips can help boost the effectiveness of videos during a dispute:

Don’t Be a Victim of Expensive Chargeback Fraud

Some customers don’t give a second thought to committing chargeback fraud and then bragging about it on social media — even telling other customers how they can have both the product and a refund of the purchase price.

But that doesn’t mean merchants have to stand idly by. They can use social media to their advantage, fighting back against chargeback fraud, holding fraudsters accountable for their actions and recovering the revenue that’s rightfully theirs.

Partnering with an expert in fraud protection can also give you the confidence you need when selling to customers online. ClearSale offers its customers 100% protection against fraudulent chargebacks, offering the peace of mind that comes with knowing your business is covered — no matter what. Learn more about ecommerce fraud and how businesses can protect themselves in our free guide, “Merchant Guide for eCommerce Fraud Protection.”